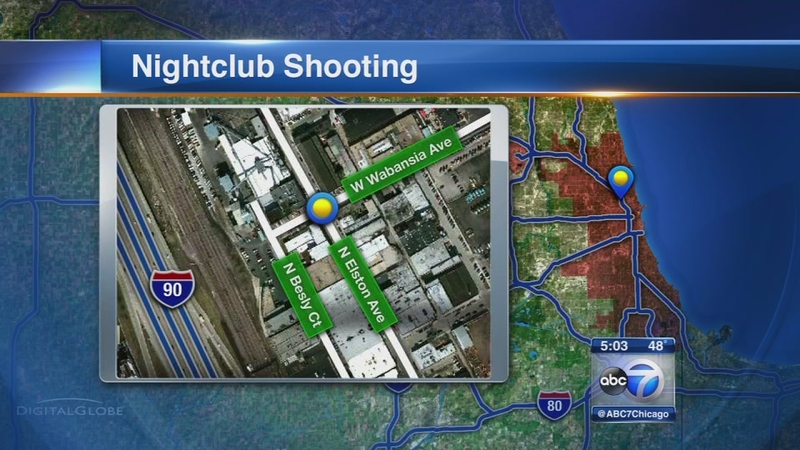 A night out on the town turned into a violent crime scene. Police say a 21-year-old woman and a 23-year-old man were shot leaving the Koncrete Club around 3:50 a.m. Sunday.

Simone was selling food to club-goers outs out of her van and said after the gunfire stopped she ran over to the female victim, who was critically injured. Police said she was shot in the head.

"I went to the girl, saw her lying on the floor, got security, then went back and she was incoherent," Simone said.

A second man was also injured, shot in the leg. Both victims were rushed to Illinois Masonic Hospital, according to the Chicago Fire Department.

This is not the first time this party spot has been in the news for violence. In 2012 two people were shot outside the same club. At the time it was called Krush.

Police believe the victims in Sunday morning's shooting knew the suspects because they arrived to the club in the same car.