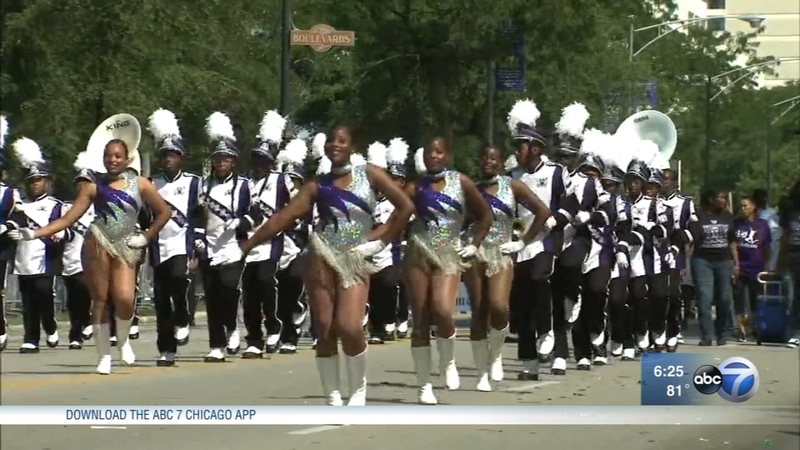 CHICAGO (WLS) -- The 89th annual Bud Billiken Parade stepped off at 10 a.m. Saturday to celebrate the end of summer and the beginning of the new school year.

The first Bud Billiken Parade was held August 11, 1929 as a symbol of pride, happiness, hope and unity in Chicago. It has grown to be the largest African American parade in the United States.
The event featured marching bands, drill and dance teams, cheer and tumbling groups and more. It is sponsored by the Chicago Defender Charities.

The parade began at King Drive and Oakwood Boulevard in Bronzeville and continued south to 51st Street and into Washington Park. The route ended at Garfield Boulevard and Ellsworth Drive.

ABC7's Hosea Sanders, who has been part of the annual parade for more than two decades, could not make it on Saturday due to a health issues. However, he sent a message

The 89th Bud Billiken Parade will step off from Bronzeville Saturday.