ABC 7 is Chicago Proud to present only live TV broadcast of the Bud Billiken Parade, Saturday, August 11 at 10 a.m.
WLS 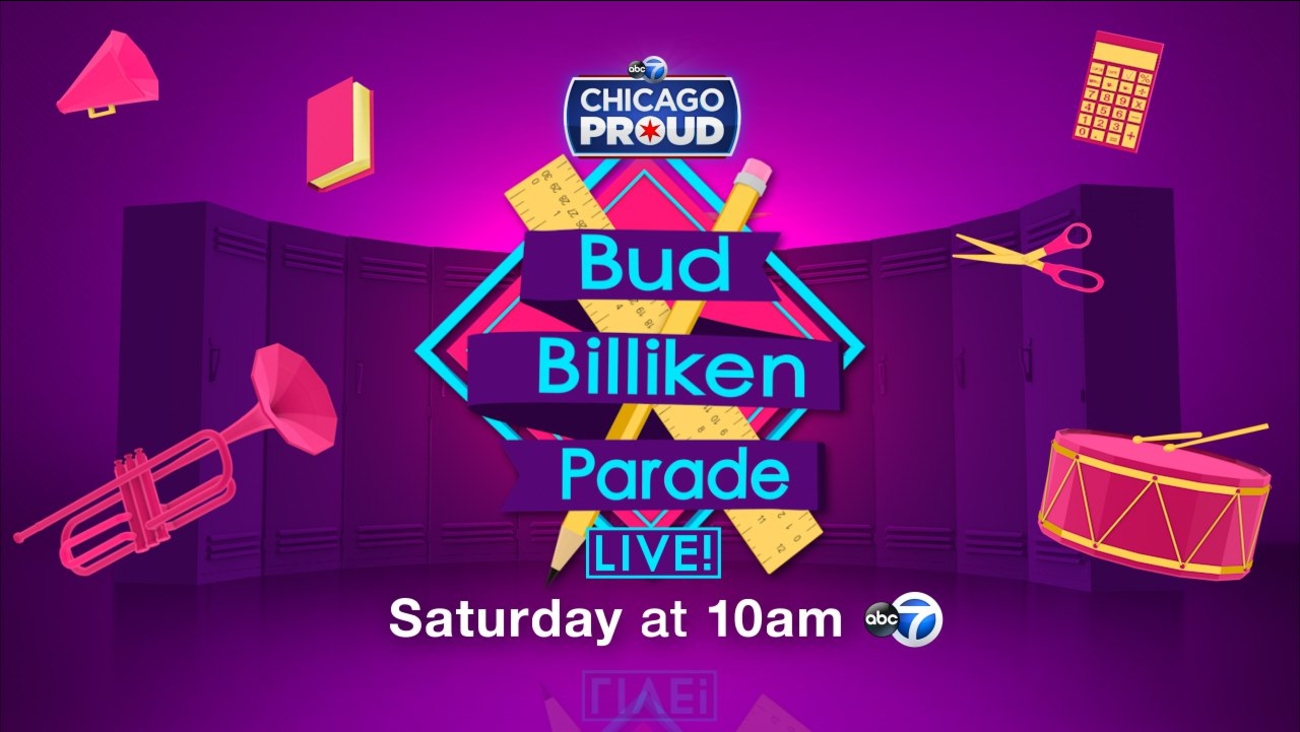 CHICAGO (WLS) -- ABC 7 is CHICAGO PROUD to have been the only TV station in town that broadcast the 89th Annual Bud Billiken Parade, live, Saturday, August 11th, from 10:00 am-12:30 pm on the station's main channel ABC 7, also on our digital channel 7.2, abc7chicago.com, and the ABC7 News App. After the parade aired, the entire broadcast was available on-demand at abc7chicago.com.

Once again, the team of ABC 7 Eyewitness News Anchors -- Cheryl Burton, newly named co-anchor of ABC 7's top-rated 10 PM newscast, and Jim Rose captured all the fun for viewers watching at home. ABC 7 Anchors Terrell Brown and Karen Jordan were also a part of the festivities, checking out the action along the parade route.

The theme for this year's parade was "Back to School | Back to Work |Back to Life | Back to Bud." The 2018 Parade Grand Marshal was Chicago's very own actor/comedian, Deon Cole and Honorary Grand Marshals were Jason Mitchell and Jacob Latimore, cast members from the Showtime series, "The Chi." Singer/Songwriter Syleena Johnson made a special guest appearance in the parade.

Cheryl Burton said, "It's a great feeling to know the Bud Billiken Parade, part of my childhood and family history, is also an important part of my station's broadcast history. As a native Chicagoan, I am Chicago Proud, to co-host again this year with Jim Rose-and to be part of the only TV broadcast of this important Chicago tradition."

According to John Idler, President & General Manager, ABC 7, "Our partnership with the Chicago Defender Charities grows stronger each year and it's an honor to be their station of choice for the parade broadcast. It's gratifying to work together to showcase something that has become near and dear to so many Chicagoans for generations."

"ABC 7's coverage of the Bud Billiken Parade over the years is a cherished partnership. Having the support and enthusiastic cooperation of the ABC 7 team is now part of the legacy of community involvement that we are building here at the Chicago Defender Charities and we look forward to continuing the tradition," said Myiti Sengstacke-Rice, President and CEO of Chicago Defender Charities, Inc. and Bud Billiken Parade Chair.