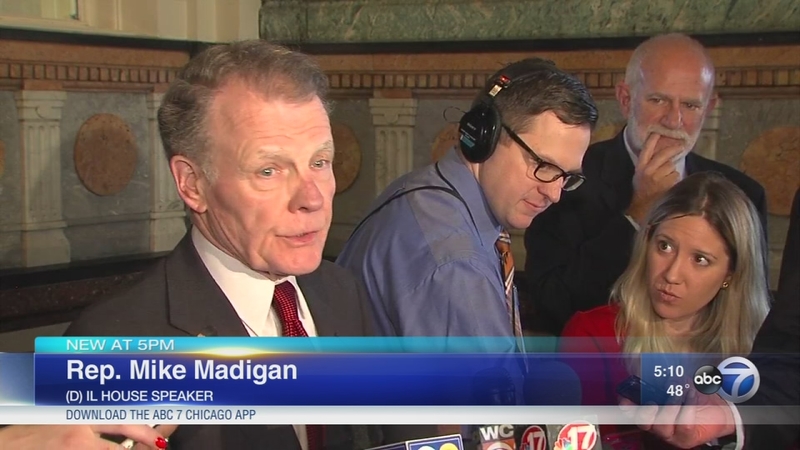 More time is needed for lawmakers to work on a comprehensive budget, he said.

"We are not going to support any more stopgap budgets. We need to do a comprehensive, full year budget for the state of Illinois," said state Rep. Jim Durkin, R- Burr Ridge, and House Minority Leader.

Republicans accused Madigan of trying to run out the clock. A stop-gap budget passed last July and expires at the end of December.

"We need as leaders to get to the table--the five of us--and make the final decision in order to serve the people of Illinois.," said state Sen. Christine Radogno, R-Lemont, and Senate Minority Leader.

Republican Rauner will not sign off on a budget unless the legislature approves pro-business, anti-union reforms that the governor said would improve the state's economy.

Longtime Speaker Madigan -- whose leadership was attacked repeatedly during recent legislative campaigns -- insisted he will not negotiate a budget that includes non-budget related items.

"Other non-budget items have to stand alone, just by the nature of how business is done in government," said state Rep. LaShawn Ford, D-Chicago.

Republicans called Madigan's position "confusing" and accused the Speaker of continuing to play politics as the Illinois fiscal crisis worsens.

"There is a responsibility when you're in that room to do the work for the people of Illinois. The campaign is over," Radogno said.