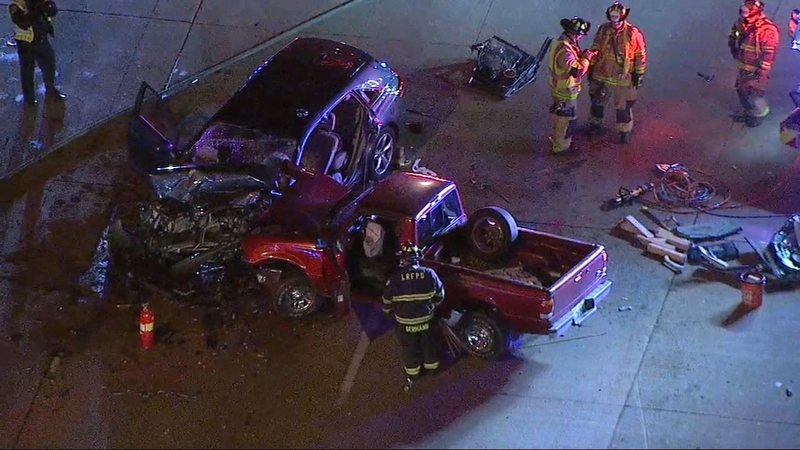 Police said they responded to the crash just north of Lake Cook Road at 5:02 p.m. When they arrived they found four people injured, two of whom were trapped in the two vehicles involved in the crash. The other two injured people were taken to local hospitals.

Emergency crews worked to free the trapped victims, who were then taken to local hospitals. Police did not say what condition the injured people were in.

Milwaukee Avenue was closed for the investigation until just after 9 p.m. when all lanes reopened.