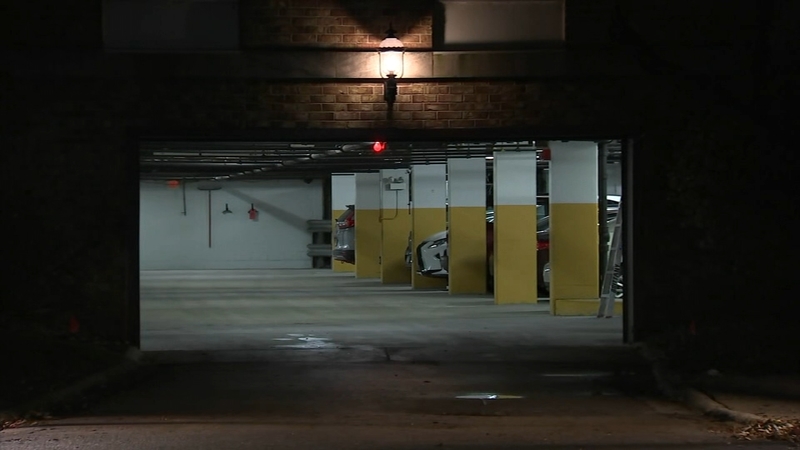 BUFFALO GROVE, Ill. (WLS) -- A husband and wife were killed in a double homicide at an apartment complex in Buffalo Grove Sunday night, police said.

Police were sent to a parking garage of a building in the 150-block of Lake Boulevard at about 11:30 p.m. after a resident saw two people unresponsive near a vehicle with blood on the ground.

Buffalo Grove police prodive an update after a husband and wife were fatally shot at an apartment complex Sunday night.

Officers arrived and determined that a man, 69, and woman, 64, were both shot to death. Authorities said they were a husband and wife and lived in the complex, but their identities have not yet been released.

"I was watching the Bears game and we heard some loud bangs, which being Buffalo Grove we didn't recognize that it was gunshots," said neighbor Mike Raemer.

Authorities in #BuffaloGrove investigating a double homicide at Cambridge on the Lake apartment complex. The fire department is going to use sonar inside a pond to locate an object. pic.twitter.com/ioWu8p1nLa

Police said surveillance video shows the suspect followed the victims' car into the garage on foot. The victims get out of their car at about 8:15 p.m., the shooter approaches them and they have a brief conversation before the suspect shoots them multiple times. After, police said the video shows him flee on foot.

Police said they believe the victims were targeted, but do not know if the victims and shooter knew each other.

Police described the suspect as a man in his 60s, 5 ft. 10 in. to 6 ft. tall with gray hair, wearing dark clothing, a dark jacket, and a dark baseball cap.

Residents of the Cambridge on the Lake apartment complex woke up Monday morning to investigators on site.

"Oh, it's very quiet and very safe and the neighbors that I've met are wonderful people," said resident Dolores Rengers. "Everybody has been very friendly and helpful here. I'm very happy here. My husband and I are both very happy here."

A sonar team is looking inside a pond on the property located next to a pool house to check if a weapon was discarded there.