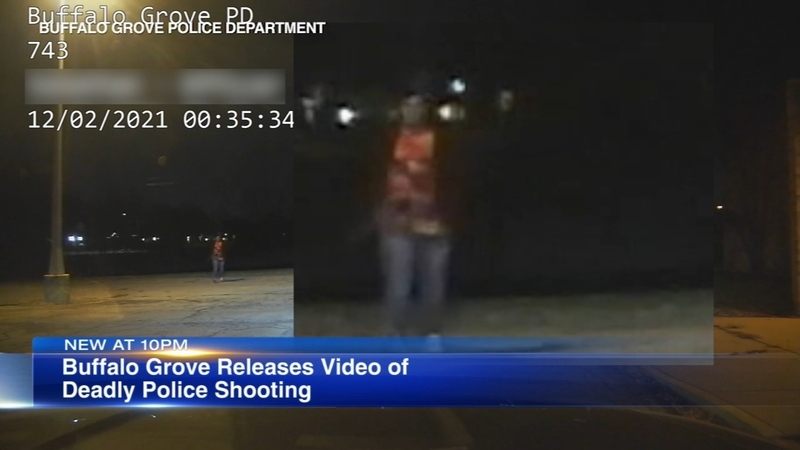 Brian Howard, 25 of Elgin had been living with family in the north suburb when he was killed.

Police said officers responded to calls of a man with a gun. They said Howard had two handguns and fired them as while walking towards officers after ignoring commands to drop his weapons.

Howard's family was given the opportunity to see the video before it was released publicly.

A resident who lives near Radcliffe Road and Boxwood Lane said he heard gunfire, about five to six gunshots, just after 12:30 a.m. He called 911, went outside to investigate and found a crime scene.

"I heard a few pops and couldn't discern whether they were fireworks or gunshots, but they did cause me some concern," Robert Foulks said. "Subsequently, after a brief pause I heard several more, somewhere in the neighborhood of four, five or six."

No one else was injured in the incident, but the two officers involved were taken to a local hospital for observation. They were later released.

The Buffalo Grove police chief said that he believes it was the first time an officer in the department has been involved in a police shooting.

The Lake County Major Crimes Task Force is conducting the investigation of the incident.

If you feel suicidal or you're worried about someone you know, you can call the National Suicide Prevention Lifeline at 1-800-273-8255. You can also text the Crisis Text Line by messaging TALK to 741741. For more information, visit suicidepreventionlifeline.org.