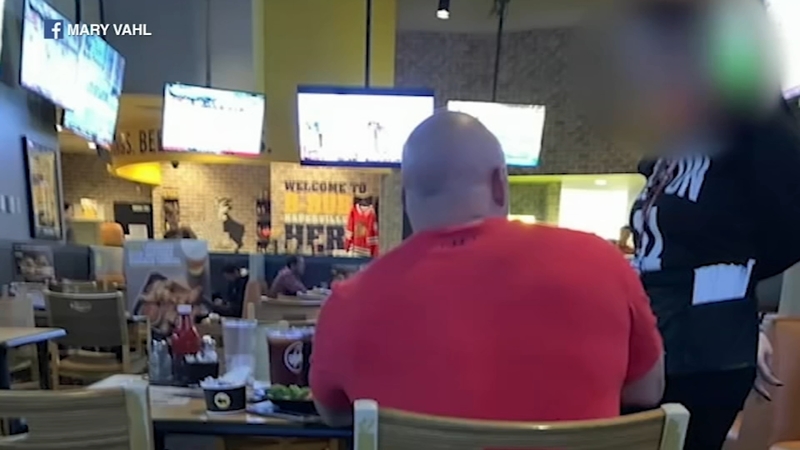 The names of the couple at the center of the incident remain unknown. The reports reveal that the man was known to staff for making racist comments.

Last month, a group of 18 customers, some of whom were African-American and multi-racial, were at the restaurant to celebrate a child's birthday.

According to the partially redacted police report, a Buffalo Wild Wings manager told an officer it began when two regular customers asked if restaurant staff could, "seat the large group elsewhere since the dining room was mostly empty and there was not much room around them."

After the group was seated, the report said, a server and greeter told the group, "the couple did not want to sit next to them because the couple was racist."

The report says the couple admitted to making, "comments in the past at Buffalo Wild Wings that would be considered inappropriate or racist."

But both the man and the woman said they made no racist comments on the day in question, the man told police that restaurant employees, "took it upon themselves to tell this large group of (redacted) that they needed to move due to (redacted) being a racist."