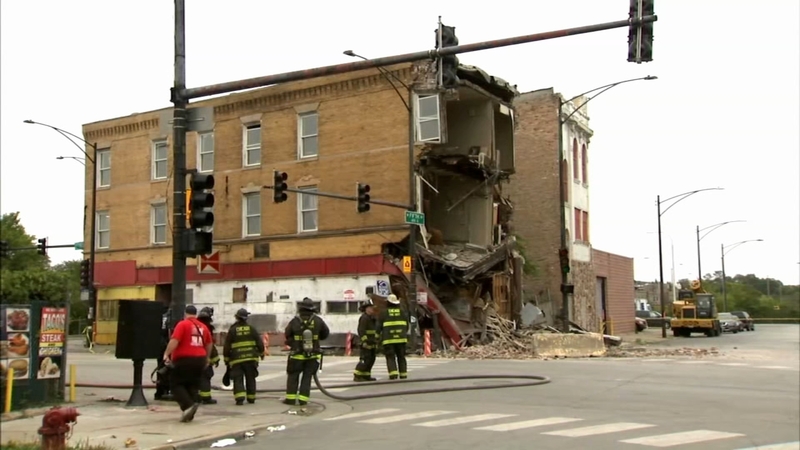 CHICAGO -- A Chicago Department of Transportation worker was injured in a partial building collapse Thursday morning on Chicago's West Side.

"The building would have completely crushed this guy," said Terrence President who witnessed the incident.

Building collapse still and box response. 5th Avenue and Pulaski one person being looked at possibility of at least one person still inside pic.twitter.com/slnqDwAQLT

The back wall of a three-story vacant building collapsed at Fifth Street and Pulaski in the West Garfield Park neighborhood.

President believes his warning call made all the difference in the worker's fate.

"The building kind of shook so I tried to give the man a fair warning, 'Hey boy, this build is going to come down on you,'" President said. "So he tried to turn around and run. As he was running the building collapsed.

President said he and another CDOT worker helped get the man out of the rubble.

"He gave me a fist bump to let me know he was all right," President recalled.

The city said the building was last inspected back in April and that it's the owner's responsibility to maintain the property.

Thursday afternoon demolition on the building began at the owner's expense, although some put the blame on the city.