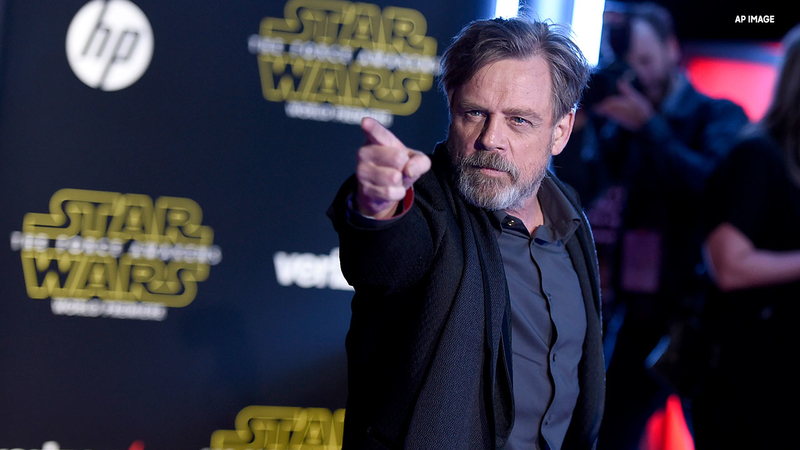 DESERT HOT SPRINGS, California -- A fifth grader who said he refused to fight back against his bullies because it was not the Jedi way is getting some support from one of the stars of the "Star Wars" franchise.

Mark Hamill, who plays Luke Skywalker in the films, tweeted a shout out early Wednesday morning to 10-year-old Aiden Vazquez for his courage.

"I'm so proud of you for showing that you can be a Jedi in real life. Congratulations, Aiden - The Force will be with YOU... Always!!! Your fan, mh," the tweet said.

SHOUT OUT to Aiden Vazquez for his courage & wisdom in the face of adversity. I'm so proud of you for showing that you can be a Jedi in real life. Congratulations, Aiden- The Force will be with YOU... Always!!!
Your fan, mh https://t.co/jkWqrhMaC0

Aiden ended up in the hospital after he was punched in the face, called names, and had his backpack taken at school on Monday.

He had to get several stitches to close a cut on his eyebrow.

When Aiden's mom, Lizette Casanova, asked him why he didn't defend himself, he cited "Star Wars" in his explanation.

Casanova said she called out the school for not doing enough to protect her child, sharing a photo of his injuries on Facebook.

According to Casanova, Aiden had to get three stitches last year after someone pushed him against a wall, causing him to cut his cheek.

The school district says it cannot comment on the incident because of confidentiality laws.

Hamill's tweet praising Aiden has been liked more than 17,000 times.

Boy says he was punched over the Jedi way