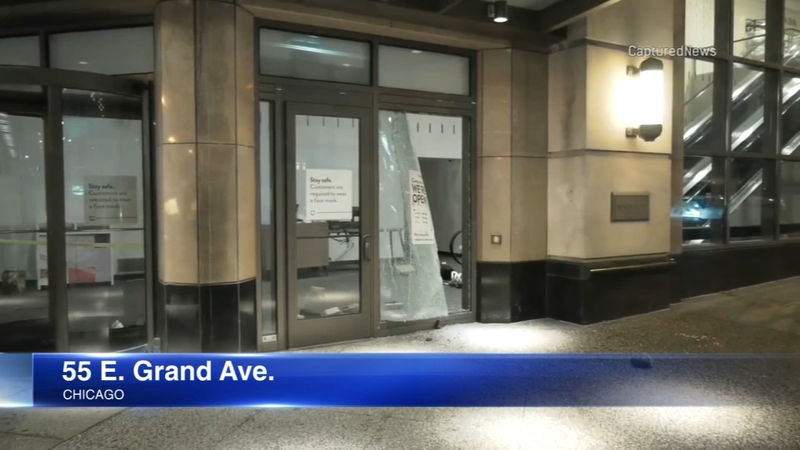 CHICAGO (WLS) -- A Nordstrom department store on the Mag Mile was broken into early Monday morning and one man has been charged, Chicago police said.

The burglary occurred at about 1:38 a.m. as police said three to four people entered the store after breaking the glass on the front door with a rock or a brick.

The suspects then fled the scene with purses and other merchandise from the store, police said.

There was a large police presence outside the store investigating the break-in and Michigan Avenue was closed for a time.

One officer was treated on the scene by the Chicago Fire Department after getting a minor injury.

Police said Kendrick Adams, 27, of Chicago, was taken into custody near the scene. He has been charged with burglary. Area Three detectives are investigating.

About 40 minutes later, another break in was reported at Citi Trends, a retail store that sells brand name shoes and clothes on the South Side near 46th and Halsted streets.

One man was arrested near the store, but several others got away in multiple vehicles.