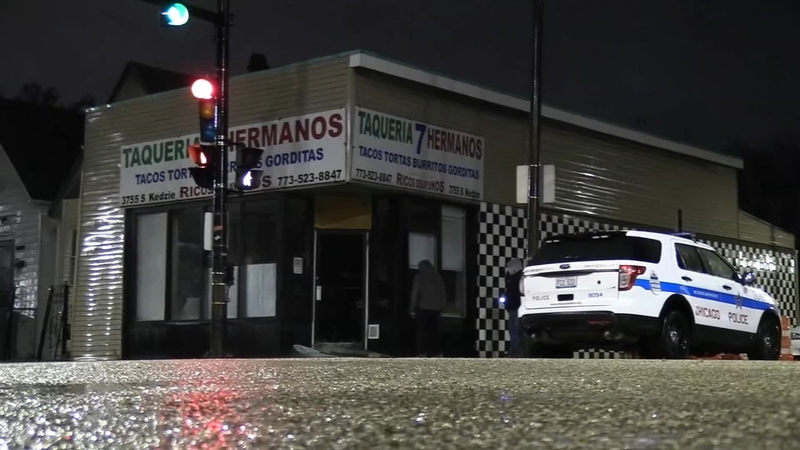 Officers responded to a reported burglary about 2:15 a.m. Wednesday in the 3700-block of Kedzie Avenue, according to a news release from the department. Police learned four reported burglars broke into a restaurant near the intersection of 37th Street and Kedzie by breaking the glass of its front door.

Once inside, the reported burglars took an ATM and fled the scene in a tan-colored van.