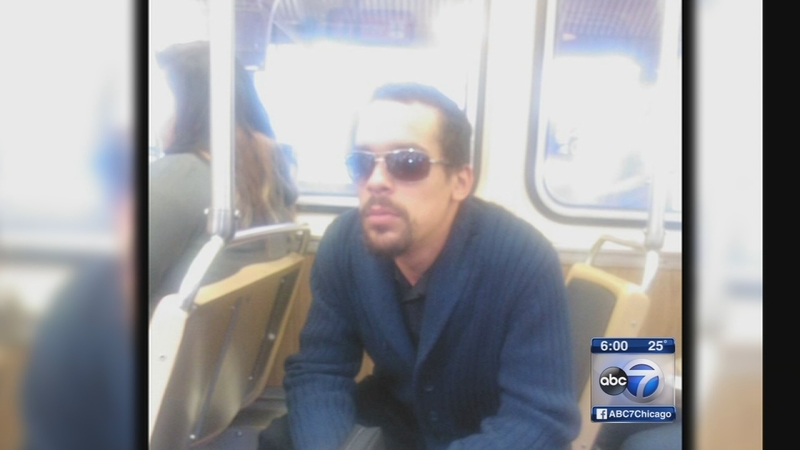 CHICAGO (WLS) -- Police are searching for a gunman after a 35-year-old husband and father was shot and killed at a bus stop near Western and Ogden in Chicago's Douglas Park neighborhood.

Police said an SUV drove past the bus shelter around 1:15 a.m. Wednesday and someone inside the vehicle opened fire, struck the victim and shattered the glass.

"A father was taken away from his children. He was supposed to watch his daughter sing 'I Want To Be an Elf' tomorrow," said Amanda Garza, victim's wife.

Donatello Herrera worked the late shift at Burger King and was studying to become an IT specialist. Chicago police say he was shot in the abdomen at this bus stop at 1:15 a.m. Wednesday morning just trying to get home. His wife of 18 years said their daughter was eager to spend the holidays together.

"And now I don't have a father for my children. We were supposed to go Christmas shopping today, just got paid to get the kids their presents and put up the tree and now that is not happening," Garza said.

Herrera was taken to Stroger Hospital, where he later died. He was the victim of what appears to be a random drive-by shooting. Community activist Andrew Holmes, says, however the crime can be solved.

"People are giving the Chicago Police Department the information they need to make these arrests so people is starting to be a change they are starting to speak up and stand up and shout out," said Andrew Holmes, community activist.

But that's cold comfort to a woman who has lost the love of her life - a guy behind the grill, working hard for his family.

"I don't know what's going on in the city of Chicago all these senseless murders senseless shootings it is just like ridiculous already," Garza said.

The cause of the shooting is under investigation. Authorities do not have anyone in custody.