Car payoff pain: How a trade-in could damage your credit 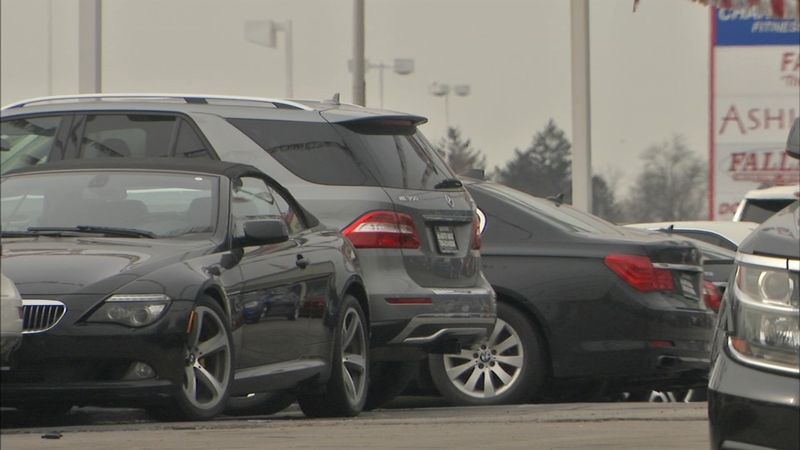 How trading in your car can hurt your credit

Trading in your vehicle can cost you if you're not careful.

Sometimes the dealership tells you they'll pay off the financing on your trade-in vehicle when you finance a new vehicle through them. But one man says that didn't happen fast enough - and he was stuck with two car payments.

Richard Williams says a trade-in deal he made with Route 6 Automax in Markham caused him months of mayhem and lowered his credit score.

"Once they got the car off the lot and received the check for it and the commission it seems like you just don't exist with any problem that you had," Williams said.

Williams Traded in his 2007 Cadillac Escalade for a 2011 Range Rover at the end of September. The dealership said they would pay off the old car, but that didn't happen right away.

"After a month after I purchased the new vehicle, I was getting calls from a finance company about from the old vehicle saying that the car hasn't been paid off," Williams said.

"If I had anything around here that needs to be fixed or an emergency, I wouldn't be able to obtain the loan because I have all these late payments, missed payments," Williams said.

Consumer experts say no matter what deal you have with a dealership, you will be held accountable by the finance company for missed payments.

"So it has to go through the process. They are technically still responsible for that vehicle till it's paid off by somebody, so technically people's credit reports are being ruined," Steve Bernas, President of the Chicago area Better Business Bureau said.

The Better Business Bureau says Route 6 Automax has an F, for 9 complaints in the last 3 years. Route 6 Automax says the grade is due to an employee failing to answer the complaints and that the neighboring business, The Auto Exchange, which is owned by the same company, has an A.

As for Williams, Route 6 Automax says his situation was a "fluke" and that it had sent the Cadillac payoff to William's finance company, but it went to an invalid address due to a move.

A manager says when the problem was discovered he "overnighted" the full payoff to the new address at the end of December. A manager also said Williams was seven days late on his Cadillac payment at trade-in, which could have also affected his credit. Williams disputes that he was ever late and says he was always on time with his payments.

Williams believes his credit score was damaged because that promised payoff took three months to complete.

"I didn't understand why I was still getting these phone calls," Williams said.

You should always make sure you are current on your monthly balance before making a deal like this.That buys you time if there are any delays.