Chick-fil-A will no longer donate to anti-LGBTQ organizations

CNNWire
Chick-fil-A is making major changes to its charitable foundation, ending donations to two organizations that have been criticized for being anti-LGBTQ.

The fast food chain announced Monday that beginning next year it will only donate to a certain group of charities. That list no longer includes the Salvation Army and the Fellowship of Christian Athletes (FCA). Both organizations have taken controversial stands on homosexuality and same-sex marriage.

The FCA writes in its employee application that "neither heterosexual sex outside of marriage nor any homosexual act constitute an alternative lifestyle acceptable to God." It also states on its website that "marriage is exclusively the union of one man and one woman."

The Salvation Army has said in the past that the Bible forbids sexual intimacy between members of the same sex, that gay Christians should embrace celibacy and that scripture does not support same-sex marriages, according to Snopes. However, the Salvation Army says its services are available to all people, and the organization strongly refutes accusations that it is anti-LGBTQ.

Neither organization immediately replied to CNN Business' request for comment.

Going forward, Chick-fil-A said it will work exclusively with organizations that focus on education, homelessness and hunger. Those are Junior Achievement USA, Covenant House International and donating $25,000 local food banks.

"No organization will be excluded from future consideration - faith-based or non-faith-based," said Tim Tassopoulos, president and chief operating officer of Chick-fil-A, in a statement. But that leaves open the opportunity that it could donate to foundations in the future that might hold anti-LGBTQ views.

Chick-fil-A's donations and comments from its executives have sparked controversy over the past several years. CEO Dan Cathy said in 2012 that the company supports "the biblical definition of the family unit." In a 2018 interview with a local Atlanta TV station, Cathy reiterated his position on same-sex marriage but said he's not anti-gay.

Gay rights organization GLAAD said in a statement that Chick-fil-A customers and employees should "greet today's announcement with cautious optimism" but says the company still has a checkered policy when it comes to LGBTQ rights.

"In addition to refraining from financially supporting anti-LGBTQ organizations, Chick-fil-A still lacks policies to ensure safe workplaces for LGBTQ employees and should unequivocally speak out against the anti-LGBTQ reputation that their brand represents," said Drew Anderson, GLAAD's director of campaigns and rapid response.

The Georgia-based company is increasingly expanding into more liberal areas. It recently opened restaurants in New York City. Since it's privately held, sales figures aren't public but recent research found that Chick-fil-A generated $9 billion in sales in 2017. One estimate points to $10.5 billion in sales in 2018, according to Nation's Restaurants News. 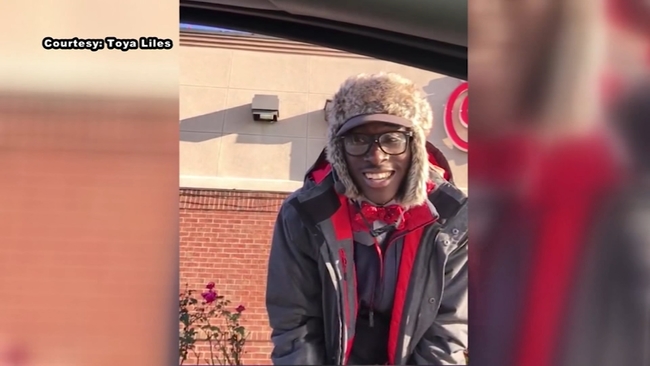