WLS
By John Garcia
CHICAGO (WLS) -- The potential merger between Sprint and T-Mobile announced Sunday is still a long way from reality, but that didn't keep customers at the T-Mobile store on State Street from talking about it.

"I left AT&T to be with T-Mobile...don't see what good we'll get from the merger," said T-Mobile customer Robert Tate.

Sprint and T-Mobile have been in talks several times over the last few years, but have never been able to finalize the deal.

The latest attempt was announced in a joint Twitter statement from both companies' CEOs. The pair said the company will retain the T-Mobile name and be able to compete with industry leaders AT&T and Verizon.

The announcement also said the merger will allow the companies to move quickly in to 5G service and keep customers' costs down.

Industry analysts said the $80 billion deal could be a good for both the business and customers, but consumers remained skeptical.

"What it doesn't mean is prices will go up," Legere said. 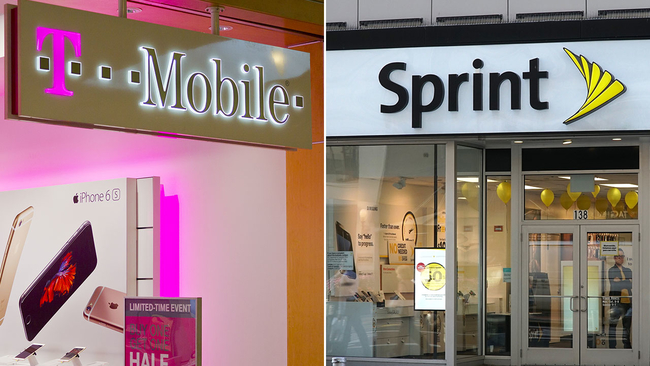