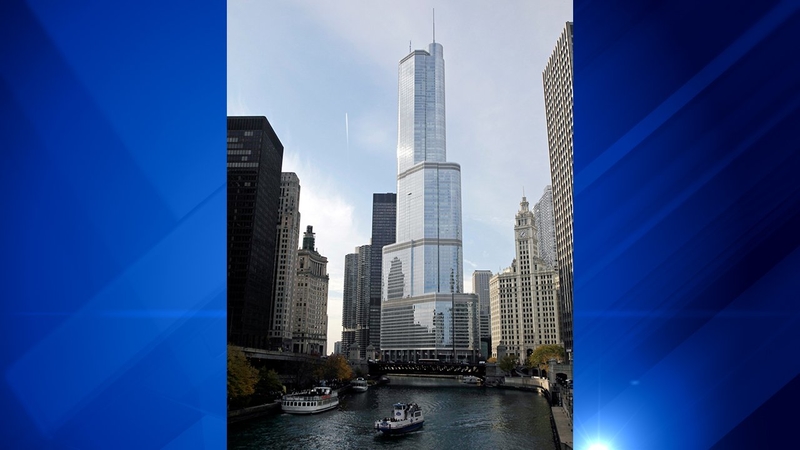 CHICAGO (WLS) -- Trump International Hotel & Tower, known as Trump Tower, in Chicago is being sued for violating environmental laws and jeopardizing fish and aquatic life in the Chicago River.

Illinois Attorney General Lisa Madigan said Tuesday that she filed a lawsuit in Cook County Circuit Court, alleging that Trump Tower releases millions of gallons of water into the Chicago River per day without having conducted federally mandated studies of the impact its facility has on the river's fish and without the required National Pollutant Discharge Elimination System (NPDES) permit, according to a statement.

Trump Tower, located along the Chicago River, pulls in nearly 20 million gallons of water from the river per day to cool the building's heating, ventilation and air conditioning system. Due to the amount of water the building takes in daily, federal law requires extensive studies of Chicago River fish populations and the impact of the building's water intake system.

Madigan's lawsuit alleged Trump Tower failed to submit study results to the Illinois Environmental Protection Agency (IEPA) in 2013 as required by law. The federal Clean Water Act regulates cooling water intake structures because they can pull large volumes of fish into a building's cooling system. Fish and other aquatic organisms can also get trapped against intake screens, Madigan's office said.

"Trump Tower continues to take millions of gallons of water from the Chicago River every day without a permit and without any regard to how it may be impacting the river's ecosystem," Madigan said. "I filed my lawsuit to make sure Trump Tower cannot continue violating the law."

Madigan's lawsuit also alleged that Trump Tower has continued to release millions of gallons of heated water per day into the Chicago River even though its NPDES permit allowing it to do so expired on Aug. 31, 2017.

Like other buildings along the river that use river water for cooling purposes, Trump Tower is required by law to obtain an NPDES permit that limits the intake and discharge of water and also requires monitoring and reporting of water use and water temperature to prevent harm to the river's ecosystem, Madigan said.

Previously, in 2012, Madigan filed a complaint with the Illinois Pollution Control Board alleging that Trump Tower was releasing heated water into the Chicago River without an NPDES permit. The matter was settled and Trump Tower was ordered to obtain an NPDES permit, pay a fine and comply with environmental laws. The building sought a modified NPDES permit in 2013 after initially misreporting the amount of water being withdrawn and discharged into the Chicago River each day. Madigan's current lawsuit seeks to prevent further violations of state environmental laws as well as civil penalties.