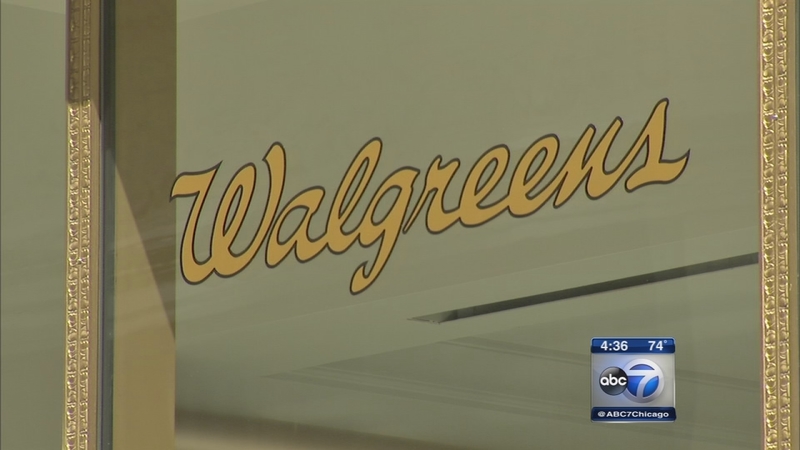 CHICAGO (WLS) -- Protesters gathered at the corner of happy and healthy Thursday to object to plans by the Walgreens Corporation to move its headquarters overseas.

The possible move would allow Walgreens to lower the amount of taxes it pays.

Protesters from two citizen groups delivered 70,000 online signatures to Walgreens' flagship store at the Wrigley Building after they called on the Deerfield-based corporation to keep its headquarters in America.

"It's unconscionable that Walgreen's would even consider turning its back on Illinois when the company rose to prominence and continues to thrive, to pay a lower tax bill abroad," said William McNary of Citizen Action Illinois.

Walgreens is considering merging with a Swiss company, a controversial move that dozens of U.S. corporations have already done with oversees companies, including Aon and North Chicago-based AbbVie. It's a tax strategy known as inversion.

"An inversion is a company essentially renounces its U.S. citizenship and moves itself overseas," said Ira Weiss of the University of Chicago's Booth School of Business.

Weiss says the majority of jobs stay here, as a headquarters move is on paper only. The point of an inversion is to avoid paying U.S. taxes. Weiss says the corporate tax rate is relatively high in the US compared to other countries.

In Walgreens' case, it's being estimated that the company could avoid paying $4 billion over the next five years if it chooses to merge.

"It sticks you with the tab to make up for what they're stashing offshore through their evasive tax policies," he said. "The problem is, this loophole they're using, in our tax laws, is actually legal."

Walgreens is expected to make a decision about the move in late July or early August.

In the meantime, Illinois Sen. Dick Durbin has introduced legislation that would give tax breaks to companies that stay in the U.S., pay their employees well and give them good health insurance.
Related topics:
businessstreetervillebusinesstaxesconsumer
Copyright © 2021 WLS-TV. All Rights Reserved.
More Videos
From CNN Newsource affiliates
TOP STORIES