Cafe has no prices, hopes 'karma' will keep it in business 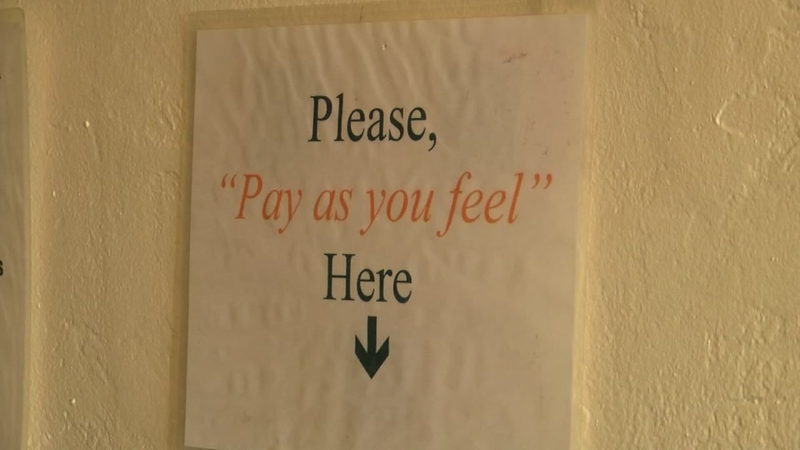 ALBUQUERQUE, N.M. -- A new cafe in Albuquerque does not have prices on its menu - in fact, you could eat for free if you want.

Inspired by a restaurant while traveling in Australia, David Wade McCullough decided to adopt their philosophy, serving food with no set prices on the menu.

"That operated on a 'pay as you feel' model," said David Wade McCullough of Karma Café to KRQE.

He started Food Karma in Albuquerque three years ago.

What started as a pop-up stand at the Downtown Grower's Market in Robinson Park grew quickly, says McCullough.

"To buy a food trailer, that helped us expand our business," said McCullough.

Three years later, Food Karma has found a place to call home. Karma Café officially opened for business on Tuesday and will be open six days a week.

The owner said it's thanks to people who believed in this vision that allowed him to get to this point.

"We've been volunteering mostly for three years to get it up and off the ground," said McCullough, referring not just the employees, but also the loyal customers who have been there since the beginning.

"My family has been getting breakfast from them at the grower's market since they started," said Luke Resnik, customer.

"It's the concept of taking care of each other," said Sidni Lamb, customer.

McCullough says running Karma Café and Food Karma has really confirmed his belief that people want to do good.

He says some days are lean, but said the reason why he continues to do it is very simple.

"Giving people a place, a safe place where they can come and have something to eat," said McCullough.