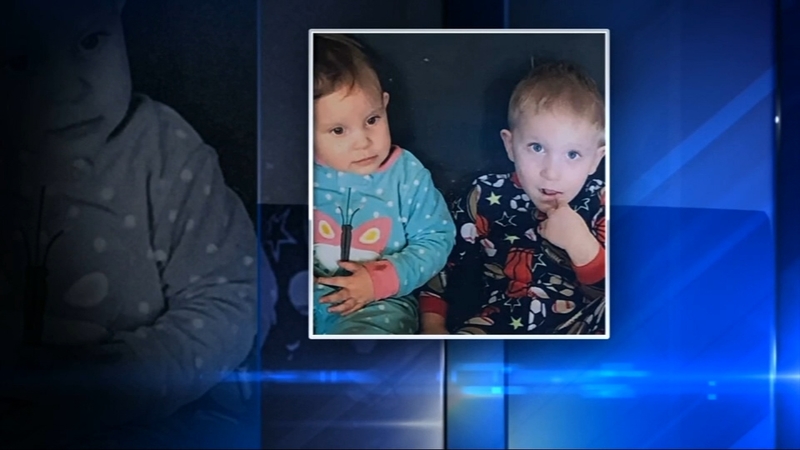 PORTAGE, Ind. (WLS) -- A 3-year-old boy was killed and his 2-year-old sister was critically injured when they were struck by a freight train Tuesday morning in Portage, Indiana.

The boy was identified as Caleb Wilson, according to the Porter County Coroner's Office.

His sister, identified by family as Ellie, was airlifted to Comer's Children's Hospital in Chicago. Police said she "had noticeable injuries but was actively crying." She remained in critical condition Tuesday evening, but the girl was awake and talking Wednesday morning, according to the Times of Northwest Indiana.

The children appear to have sneaked out of a screen door of their home at about 9:30 a.m., according to the Portage Police Department.

A child gate was supposed to be locked in place to block the screen door, but grandfather Bryon Benson said it wasn't locked and just leaning against the door.

"There is three of us, three adults there, child gate right in front of the door that should have been locked in place, and it wasn't. It was just leaning against there," Benson said.

The mobile home, just south of the Woodland Village Mobile Home Park near Willowcreek Road and Portage Avenue, was just four homes away from the tracks.

There are two sets of CSX railroad tracks that run parallel to the southern end of the mobile home community, which is located south of U.S. Hwy 20 and west of Willowcreek Road.
Norfolk Southern personnel told investigators they saw the children, honked and tried to stop but could not before striking them. The Norfolk Southern train was using CSX tracks, according to the rail company.

"It's everyone's business really, to watch out. If you're around the track you need to watch around. The park is always around to help if they need," said neighbor Jessica Williams.

Two young children were struck by a train Tuesday morning in northwest Indiana, according to a CSX spokesperson.

Portage police said they will continue to investigate the incident.