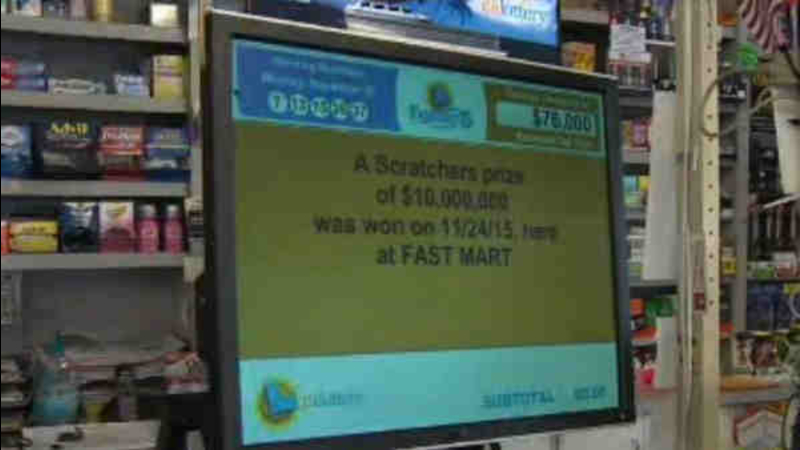 MODESTO, Calif. -- Customers at a California mini mart in Modesto are buying up scratch-off tickets like never before.

One of the store's regulars beat the odds: He won the lottery, not once but twice in just a matter of minutes.

"I play every day, every day," said Joseph Trancoso, a friend. "It couldn't have happened to a better guy."

Lakhvir Singh, manager of the Fast Mart, said he sold the winning ticket to Rodney Meadows last week when Meadows stopped in to pick up some $30 scratch-off tickets while running errands.

"It's amazing and unbelievable," said Lakhvir Singh, manager of the Fast Mart.

"He went outside to scratch it, came in and I was like, 'he won big,'" said Singh.

"He bought the last three and the third one that was the $10 million," said Trancoso. "I can't even believe what 10 million looks like."

This isn't the first time the store has sold a winning ticket. One customer said she won $1,000 one time on a crossword puzzle. The store also sold a $25,000 scratcher in November and a $30,000 ticket last year.

It could be one of the luckiest locations in the Central Valley.

Last year's $1.5 million winner from another location down the road also stopped in to buy tickets and offered the new winner his 2 cents.

"You can only spend so much money, you can only live in one house and you can only drive one car, but I'm going to live and drive like I want to," said Elfred Mitzenheimer, a Powerball winner.