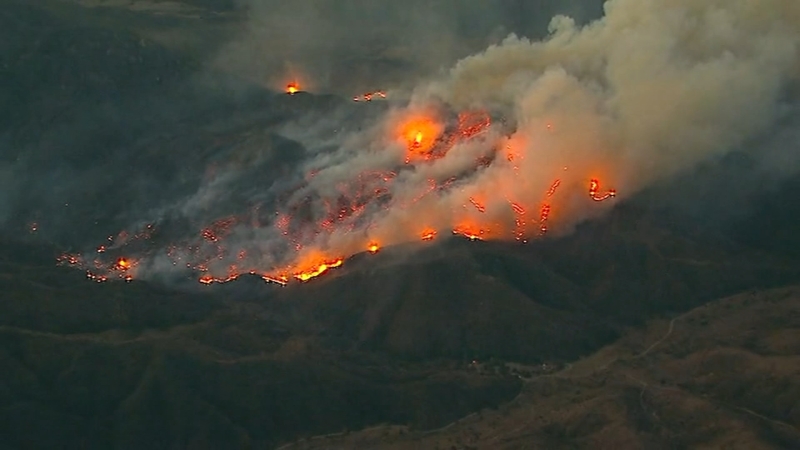 Farmer said he and his family barely escaped the heavy flames spreading through their Southern California neighborhood.

"It was very close to consuming our house and we were still in the house," he recalled.

The South Side native, former White Sox All Star pitcher, and radio voice said first his power went out and then his home was nearly engulfed in the blaze.

"We are lucky we made it out," Farmer said. "When we see where the fire was when we came back...it was unbelievable."

Farmer, his wife, and daughter were all forced to evacuate after the wildfires took over their neighborhood. The family was still inside their home because they could not find any available hotel rooms in the area.

Farmer said he and his family grabbed a few things then drove down the 101 freeway, which was also surrounded by fire.

The Farmers still have their home, but others lost everything in the flames.

American Red Cross of Chicago and Northern Illinois has deployed volunteers to help the hundreds impacted by the wildfires.

"This is my first time going out in the field and experiencing something of this caliber," said Kelsey Smith, Red Cross volunteer. "The images that I have seen and the numbers that I have seen just show pure destruction."

Retired Chicago fireman and Red Cross volunteer Morrie Bowie deployed to California earlier this week.
After more than 20 years with Chicago Fire Department he is no stranger to the flames, but the destruction left behind hits the hardest.