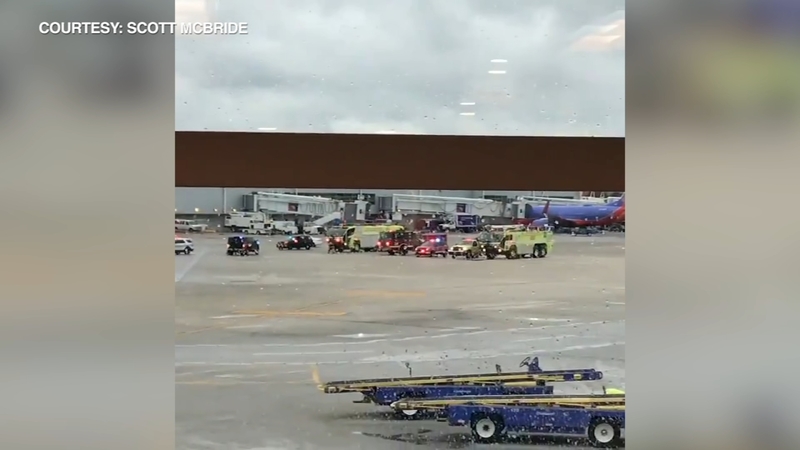 Bag explodes while being loaded on flight at Midway Airport

Just after noon Monday, Chicago Police Bomb and Arson Squad, as well as the Chicago Fire Department and Aviation Security Officers responded to an incident involving a piece of luggage, according to Chicago Department of Aviation officials.

Officials said the bag exploded while being loaded onto Volaris flight #943 to Leon, Mexico after it was run over by a luggage vehicle. Chicago police said the bag did not combust or explode on its own.

Further investigation reveals the bag was actually run over by a luggage vehicle and did not combust or explode on its own.

TSA officials said the bag did emit a loud noise and smoke. They said they believe it may have been dragged by an aircraft tug.

The cause might have been a cellphone battery or charger, according to police spokesman Anthony Guglielmi.

Bag was affected by a possible cell phone battery or battery charger. Incident was cleared by the bomb squad and no one was injured. Thanks to everyone for being vigilant and to the firefighters, officers and technicians who assisted. https://t.co/EZEnQVt5nU

Shortly after officials arrived, CPD tweeted that the area had been cleared and that there was no threat to public safety.

The luggage incident at Midway Airport has been cleared. There is no public safety threat. Airport operations are resuming. pic.twitter.com/EbVEmUyhy5

Officials said no one was injured in the explosion.

TSA released a statement regarding the incident that read, ""A bag that had gone through screening and was being transported by the airline on the tarmac to an outgoing flight did emit a loud noise and smoke. Initial findings are that it may have been dragged by an aircraft tug and involved a camera battery. The bag was cleared by the Chicago Police Bomb and Arson Squad. No one was injured. Please contact Chicago Police Bomb and Arson Squad for more details."