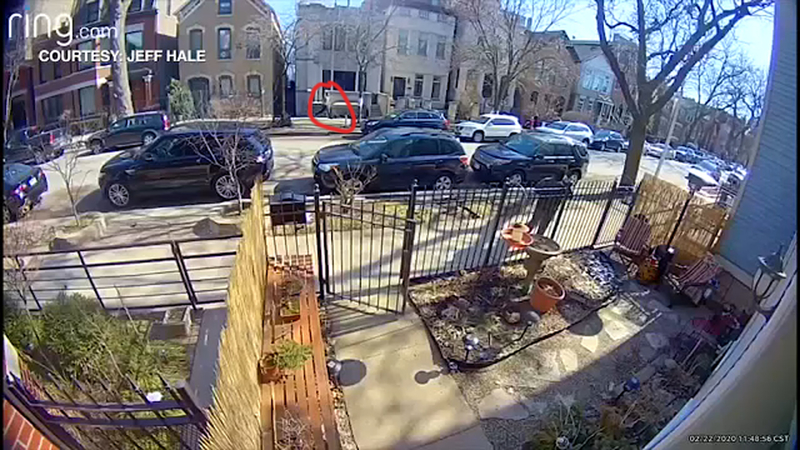 CHICAGO (WLS) -- A neighbor's doorbell camera captured a suspect fleeing the scene after a woman was attacked and robbed Saturday morning in Lincoln Park, police said.

According to police, around 11:45 a.m. a 30-year-woman was pushed to the ground, pepper-sprayed and robbed in the 1900-block of North Bissell Street.

Chicago police said the woman was standing by her vehicle when an offender approached her from behind and shoved her to the ground. The offender then sprayed pepper spray into the woman's face, took her backpack and fled the area, police said.

On the video, you see a suspect running down the sidewalk as neighbors start to run after him.

Officers later located the suspect, who was taken into custody.