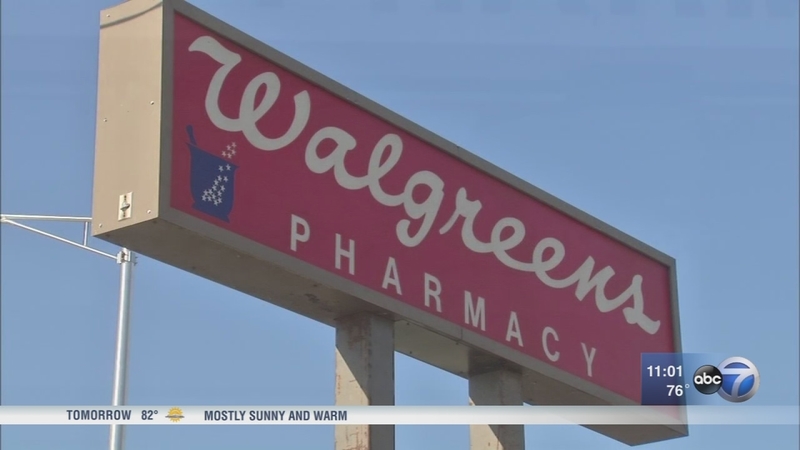 DES PLAINES, Ill. (WLS) -- Police are looking for a person who placed a recording device in the women's restroom of a Walgreens in northwest suburban Des Plaines.

The store manager found the camera Friday. He originally thought it was a cell phone someone had dropped on the floor, police said. After taking a closer look, he realized it looked like a recording device. The manager told police he had seen the device on the wall before, but had thought it was a recently installed electrical outlet.

The hidden camera was housed in a unit mounted about 1.5 feet from the floor and had been in the restroom for up to two days, police said. The device appears to be motion-activated, has sound capability and had a small memory card inside.

"This is the Walgreens I stop at on my way to work every - probably twice a week, when I run errands and so forth. It shocked me. I use the bathroom here constantly," O'Toole said.

"You go in and you go out. You never think that, you know, something might be planted," said Nina Kecki, who lives in nearby Park Ridge.

O'Toole told ABC7 Eyewitness News she's worried she may be a victim.

"I will take whatever steps are necessary. I will contact police," O'Toole said.

O'Toole said in the meantime, she plans to avoid the Walgreens and find a new place to run errands.
EMBED More News Videos

Police are looking for a person who placed a recording device in the women's restroom of a Walgreens in northwest suburban Des Plaines.

"Unfortunately, we are seeing this in the security industry," said Dan Burress, Imperial Surveillance. "People are taking these small form-factor cameras, slipping them into light sockets, behind alarm clocks., regular clocks, motion detectors and using them for purposes such as that."

And unless you know what you look for, the average person has no way to know a camera is there.

"Nine times out of ten, you would never know," Burress said. "They call them pinhole cameras for a reason. It will leave a marker of about a pinhole."

ABC7 Eyewitness News reached out to Walgreens Tuesday morning for comment.
"Since this is an ongoing investigation, Walgreens is referring all questions to the Des Plaines police," the company said in a short statement released the same day.