At least 9 people shot in Toronto and shooter is dead, police say 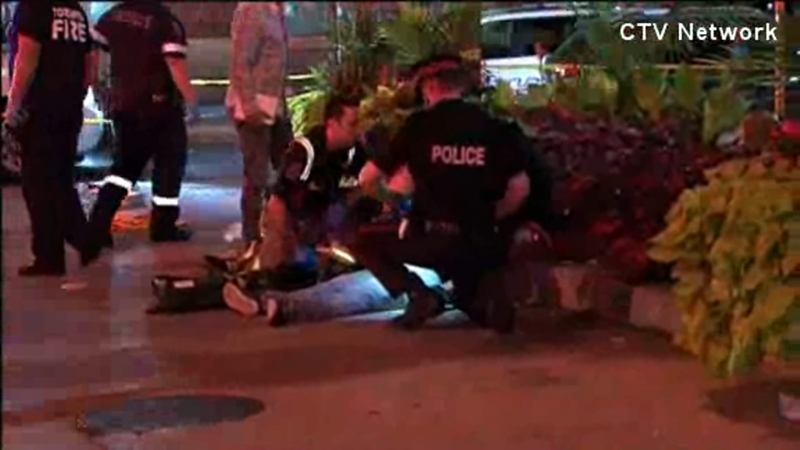 At least 9 people shot in Toronto and shooter is dead

TORONTO -- The shooter is dead after at least nine people were shot in Toronto on Sunday night, according to a tweet from Toronto Police Services.

Conditions of the victims -- which included a young girl -- were not immediately known, police said on Twitter.

Shots rang out around 10 p.m. ET in the Toronto's Greektown neighborhood.

A witness who was standing near the scene told CNN partner CTV that he heard about 20 shots and the sound of the weapon being reloaded repeatedly.

"And then, I saw the carnage as I ran down the street here to kind of follow the gunfire," the man told the station, who described the scene as "pretty crazy."

"I saw at least four people shot," he said.

Another witness, Jody Steinhauer had been dining with her family at Christina's, a Greek restaurant, when she heard what she thought was the sound of firecrackers. Then she was told to run to the back of the restaurant.

Witnesses were transported by buses to multiple offices to speak with investigators, Russell told CNN.