Woman jailed 800 days before trial is released from prison 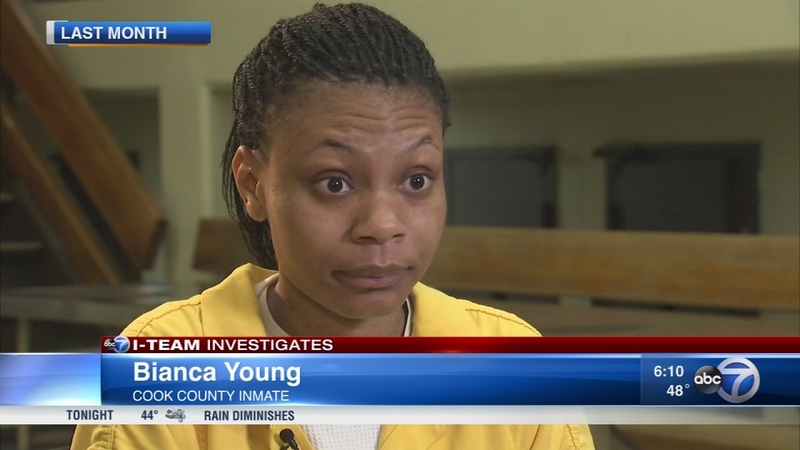 A West Side mother was released from state prison after being locked up two years while awaiting trial for a murder she didn't commit, the I-Team has learned.

On Wednesday, Bianca Young, 25, traveled via train from downstate Illinois to Union Station.

She became a recent figurehead of the movement to allow poor people better opportunities to bond out of jail when they are facing criminal charges. She was locked up in the Cook County Jail for nearly 800 days, awaiting a trial that when it happened, acquitted her of murder.

Young's story was familiar to thousands of low-income prisoners waiting to go to trial.

Under the law, they are presumed innocent but are kept locked up because they can't afford bond.

When she finally was tried, Cook County Judge James Linn found her not guilty of murder, convicting her only of mob action in connection with the shooting death of a young man outside a River North nightclub following a fight involving the men young was with.

However, surveillance video showed Young getting into her car just before the shooting started.

Last week, Linn sentenced her to three years in prison with credit for the two she already spent waiting for trial.

"No one is going to give her those two years of her life back," said Max Suchan, of the Chicago Community Bond Fund.

Reformers said bond hearings are too fast and incomplete.

"The average bond court hearing, according to a recent study, was 37 seconds," Suchan said.

Young was released from the Logan Correctional Center.

The calculation of her pre-trial time served and credit for good behavior in jail allowed for her release only ten days after sentencing -- far less than her attorney Eric Sussman had first thought.

Sussman, a former federal prosecutor, had taken over her defense pro bono from a public defender who, Young said, did little for her.

"I've been writing down my goals. Like what I want to do when I get out," Young said.

Young missed two of her 5-year old daughter Kimora's birthdays while waiting for a trial date.