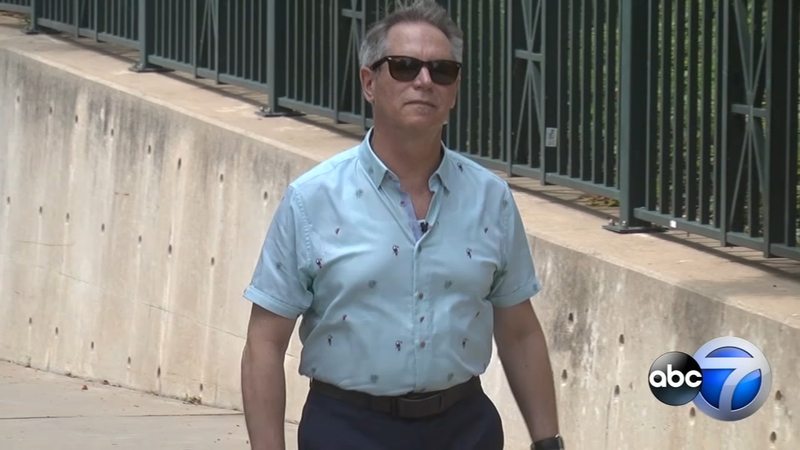 CHICAGO (WLS) -- For Paul Shoun, walking downtown is something of a miracle considering that a year ago, he couldn't even stand up.

"It was my right leg and foot that was my warning sign because I began tripping for no reason," he explained of the problem that alerted him to a tumor in his brain.

Shoun said Doctors removed it within days of discovery-but that was just the beginning of his cancer battle.

"I had stage four lung cancer which metastasized to my brain," said Shoun of the root problem.

If he hadn't tripped, Shoun believes he wouldn't have known about the cancer in his chest because he lives "healthy, very active," with multiple gym visits each week.

In fact, a year later Shoun said he still feels healthy enough to do Pilates.

While his battle continues, Shoun's teaming up with the American Lung Association to raise awareness through the Lung Force Walk. Stepping off from Soldier Field's Stadium Green this Sunday (just southeast of the stadium), the Lung Force Walk raises money for a lung cancer cure.

"Lung cancer's actually the number one cancer killer of both men and women," said Kristen Young, executive director for the American Lung Association of Greater Chicago, adding, "much like Paul they don't know their symptoms or they don't have any symptoms or they think it's a common cold or bronchitis or something that's going to go away, specially for someone who hasn't smoked. The fact is that everyone's at risk for lung cancer."

Though Shoun did smoke years ago, his doctor said the cancer could have been caused by any number of things. Young adds that lung cancer's causes aren't fully understood and says everyone diagnosed needs support.

She said there's a "stigma that you've brought this on yourself. Regardless of whether you've smoked or not, no one deserves to get lung cancer."

"Being in a wheelchair and being unable to walk is a very humbling experience. You realize your whole life can be controlled this which you can't control," said Shoun, adding, "I'm grateful. I'm so grateful to be alive."

So this Sunday, between chemo and immunotherapy, with his future uncertain, Paul Shoun will walk because he can and because he knows it will help others.

When asked if he's nervous, Shoun responded, "No. I'm excited."