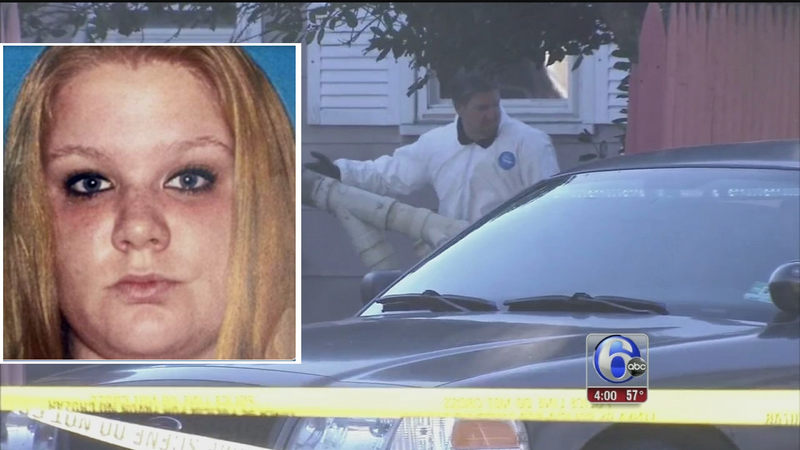 MIDDLE TWP., N.J. -- The death of a 15-year-old girl who had been previously reported missing by her family has been ruled a homicide.

No suspects have been identified in her killing.

However, the Cape May County Prosecutor's Office said three people have been arrested on unrelated charges, including one man accused of having sex with the underage teen.

The prosecutor's office did not release any further details as to the cause of Nicole Angstadt's death, but did say investigators do not believe it was a random act.

Police were on the scene after a body was found.

Nicole was reported missing from Lower Township, N.J., December 1. Her family says she was last seen Nov. 29. A police alert calls the teen a "runaway." Her body was found around 1:30 p.m. Monday in the crawlspace of a home in the 100 block of Vermont Avenue in the Rio Grande section of Middle Township, N.J.

Neighbors say the house has been vacant since the homeowner died this past summer and local teens have been using the property as a hangout.

While no arrests have been made for Angstadt's death, the prosecutor's office said the suspects were charged for other crimes, uncovered during the investigation.

Charles Mosley, 32, of Route 47 in Rio Grande is accused of having a sexual relationship with Angstadt. Mosley was charged and is being held on $250,000 bail.

Police are investigating after a body was found in Cape May County.

Two other men were arrested in connection with a robbery investigation.

LaQuan Harris, 20, and Derrick Powers, 23, both of Route 9 in Rio Grande, have been charged in connection with the robbery of nine juveniles at Mulligan Park, and another robbery in which the victim was struck with a handgun.

Angstadt's sisters say despite some minor scrapes with the law and orders to report to a probation officer, their sister was a friendly teenager who always made time for friends and family.

"I loved her, she was great. She was funny, she was sweet," said Heather Bradley, Angstadt's older sister.

"We would always walk together, we would walk everywhere together. We'd walk to the beach together," said twin sister Alexis. "She always tried to help someone. She was very caring."

"We heard from people that this was the last house she was seen in, she was hanging out with friends and stuff," said Bradley.

Divers searched the backyard pool, plumbing has been removed and bags full of evidence have been taken away. Police were also searching a Dumpster.

Cape May County Prosecutor Robert Taylor says the crime scene tape surrounding this neighborhood is not coming down anytime soon.

"Right now, it is a long process of gathering a lot of evidence. It's going to take us hours and hours before this is done and we are finished up," Taylor said.