Chicago police investigating if employees involved in storming the Capitol

Trump supporters stormed the Capitol last Wednesday, trying to subvert election results
AP
CHICAGO -- The Chicago Police Department is investigating whether any of its staff participated in last week's attack on the U.S. Capitol, the department announced Monday.

In a statement, the department said it has no evidence any officers or staff participated in Wednesday's assault. However, the department is investigating whether any officers violated policies or engaged in criminal activity related to the attack that left five dead, including a Capitol police officer.

Supporters of President Donald Trump stormed the U.S. Capitol to try to subvert the results of an election President-elect Joe Biden won.

Supporters of Trump breached security at the Capitol, entered the building and sent members of Congress fleeing to secure locations and temporarily halting work to certify Biden as the winner of the November election. Many in the mob marched from a rally, where the president repeated his claims that election fraud cost him a second term.

The police department's investigation comes as the head of Chicago's largest police union, the Fraternal Order of Police, has come under fire for downplaying the actions of the mob at the Capitol. FOP president John Catanzara, a Trump supporter, has apologized for sympathizing with and defending the mob.
Report a correction or typo
Related topics:
washington d.c.riotprotestu.s. & worldchicago police department
Copyright © 2021 by The Associated Press. All Rights Reserved.
CHICAGO POLICE DEPARTMENT 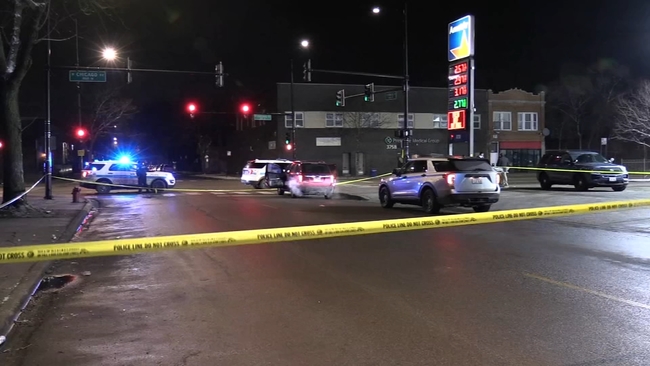