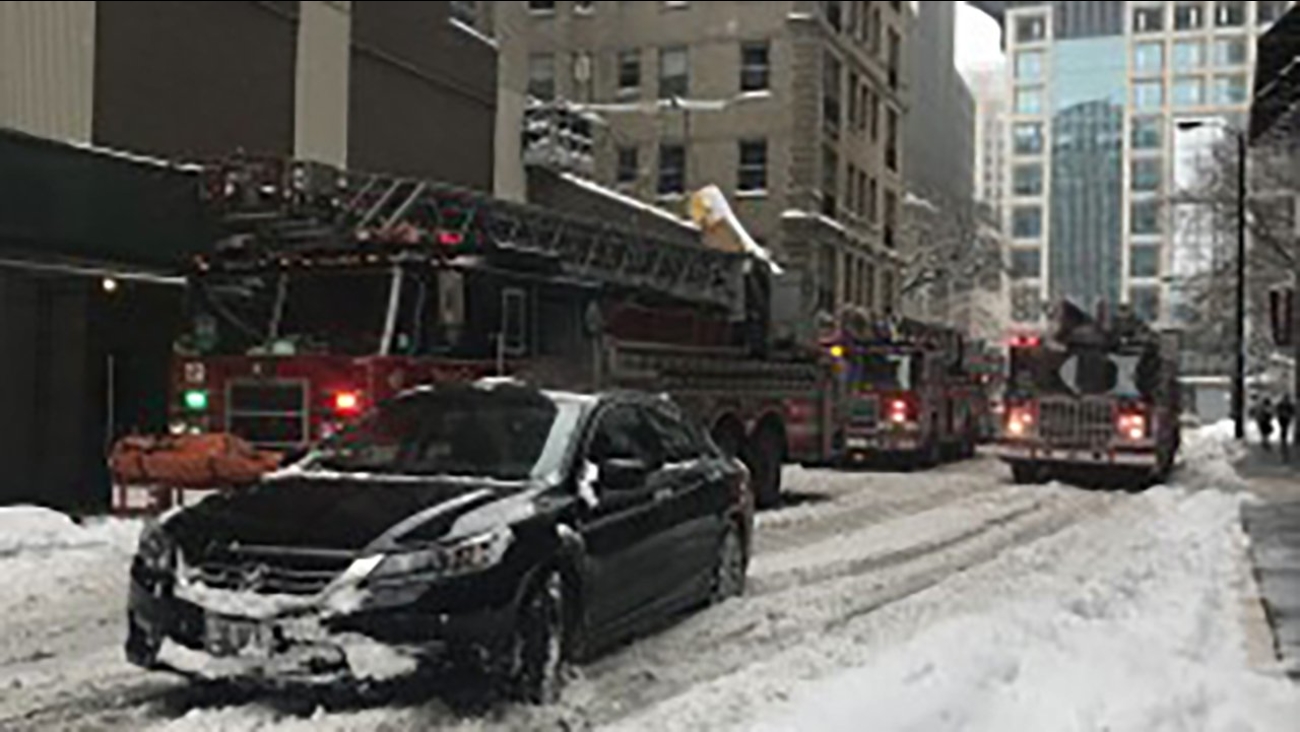 CHICAGO -- A car caught fire Sunday morning at a parking garage inside the John Hancock Center on the Magnificent Mile.

Over 150 firefighters responded about 9 a.m. to the two-alarm fire on the 7th floor of the parking garage at 149 E. East Delaware St., where heavy smoke conditions had been reported, according to Chicago Police and the Chicago Fire Department.

"The sprinkler system here did what it was supposed to do," CFD District Chief Dan Cunningham told reporters "It kept the fire in check and it allowed us time to stretch a hose line to extinguish the fire."

The fire was quickly struck out, but the "serious smoke conditions" on the 7th and 8th floors of the garage moved to other areas of the building, Cunningham said. People who were on the upper levels of the Hancock Center, including the 94th floor observation deck, requested help, but their calls were unfounded and no one was actually in distress.

No injuries were reported, authorities said.

"It will be business as usual as soon as we leave out of here," he added.