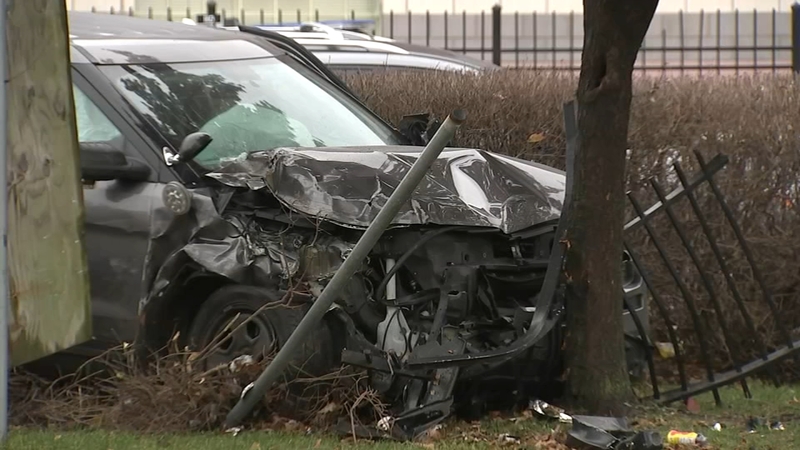 CHICAGO (WLS) -- Five Chicago police officers have been injured, two critically, in a crash on the West Side Thursday morning, police said.

The crash occurred at Jackson Boulevard and Francisco Avenue, involving an unmarked police vehicle and a marked squad car. The unmarked vehicle crashed through a fence before striking a tree and coming to a stop.

Both vehicles were apparently in pursuit of a suspect who reportedly fired several shots a few blocks away in the area of Ferdinand Street and Drake Avenue, at about 10:19 a.m.

A number of officers joined the police pursuit until it was called off.

Four of the five officers involved in the crash were able to walk to ambulances. While two are listed in critical condition, police said none of the injuries are considered life-threatening.

A departmental accident occurred after 2 Chicago police vehicles collided when responding to a call. Preliminary reports are 2 officers are in serious condition and 3 in stable. CPD media car responding to Jackson/Francisco to brief media. pic.twitter.com/UAj6eICv7h