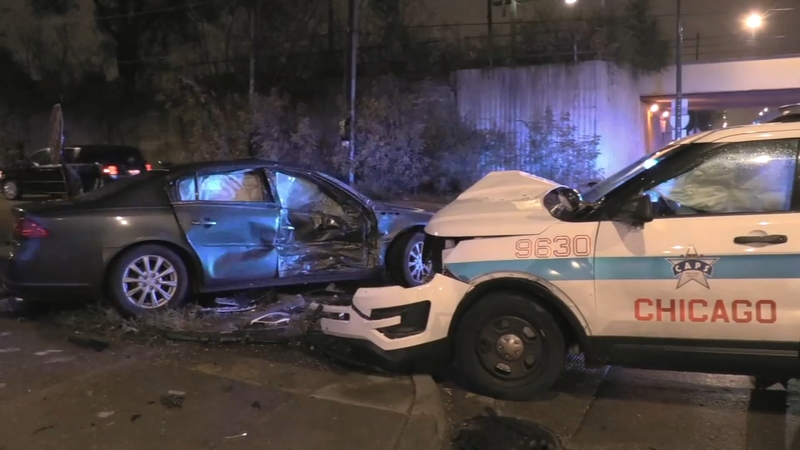 CHICAGO (WLS) -- Four people, including two Chicago police officers, were injured Friday when a vehicle hit a squad car in Lawndale on the city's West Side.

Police said a marked squad car was traveling northbound around 10 p.m. in the 900 block of South Cicero Avenue when a 2011 gray Buick Lucerne traveling southbound crossed over the lanes and struck the side of the car.

The two officers inside the squad car were taken to an area hospital in good condition with body soreness, police said.

The driver of the Buick, a 29-year-old woman, declined medical treatment. She was taken into custody for a DUI investigation, police said. Her two passengers, a 15-year-old girl and 11-year-old boy were taken to Stroger Hospital with lacerations and bruises.