Good Samaritans recognized for rescue of Libertyville woman after crash 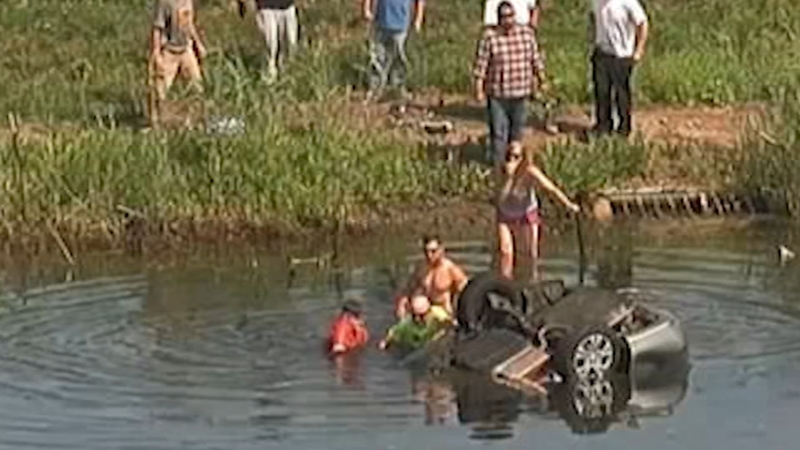 Good Samaritans honored for rescue of woman after crash

DOWNERS GROVE, Ill. (WLS) -- Good Samaritans who rescued a woman after a car crash were honored by Illinois State Police for their bravery Wednesday.

On August 3, Joanna Girmscheid of Libertyville lost control of her car on an exit ramp along 1-90 in Huntley, causing her car to flip over and sink in a retention pond.

Witnesses to the accident jumped into action, calling 911, entering the water to pull Girmscheid to safety, and performing CPR.

Many of those who pitched in said they were doing what anyone would do under the circumstances, but Grimscheid said their actions were nothing short of miraculous.

Illinois Army National Guard Corporal Nathan Jennings, of Machesney Park, was on his way home when he saw the splash from Grimscheid's car landing in the retention pond. Jennings pulled over to help and pulled Grimscheid form the car in muddy water that was up to his chest.

With help from several others, including Molly Fivelson of Gilberts, Girmscheid's body was pulled to shore and she received CPR.

"Everybody jumped out and did what they had to do," said Jesus Flores of Roundlake, who was among the group assisting Girmscheid.

ISP said a total of 11 people helped in the rescue.

Girmscheid, who was on a respirator in the hospital for five days after the accident, said she has developed friendships with several of her rescuers.