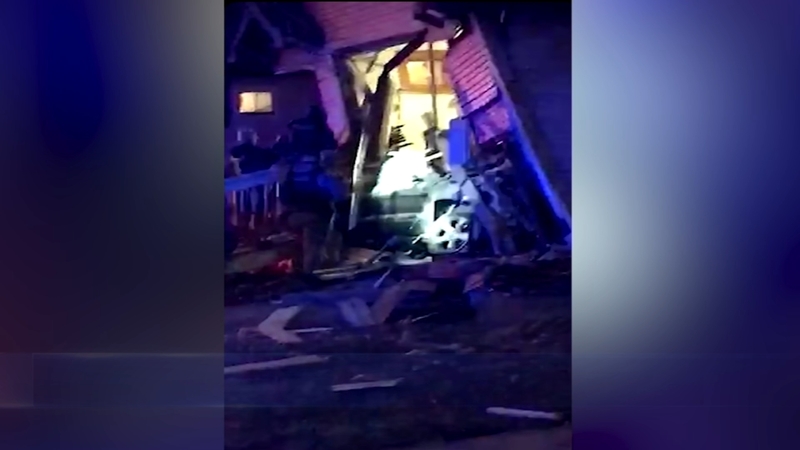 CHICAGO (WLS) -- One teenager died and two more were injured after a vehicle crashed into a home on the city's Far South Side Thursday night.

Police said that at around 7:20 p.m. officers attempted to stop a car for erratic driving near 107th and South Wentworth Avenue.The car took off and lost control, slamming into the home.

Police said three people in the car, who police believe are all teenagers but their ages have not yet been released. The driver was pronounced dead at the scene. A male passenger and a female passenger were taken to University of Chicago Hospital where their conditions are stable, police said.

Four others refused treatment at the scene, fire officials said.

The house sustained major structural damage. Police said they believe one person was home at the time of the crash, who was not injured. People's Gas has responded to the scene to shut off the gas for fear of a possible gas leak.