WABC
By Eyewitness News
MORRIS PARK, Bronx -- The man charged after an ambulance stolen in New York City Thursday was used to run over and kill an EMT has a lengthy arrest record.

Jose Gonzalez, 25, of the Bronx, has been charged with murder, grand larceny and operating a motor vehicle while impaired by drugs.

According to the New York Police Department, he is an emotionally disturbed person and he has a criminal history.

He has six prior interactions with police as an emotionally disturbed person.

Gonzalez's most recent arrest was on Feb 25, when was charged with criminal mischief for kicking out the window of a marked police van.

"He spat at one of the female officers and he started saying stuff like she should get raped and stuff like that," a resident said.

As he was escorted by police from the 43rd Precinct early Friday morning, Gonzalez muttered to himself with EMTs silently watching him put into a waiting police cruiser.
EMBED More News Videos

"I'm innocent. I didn't do nothing. I'm innocent," Gonzalez said as he walked by.

Police said the EMT, Yadira Arroyo, 44, who was behind the wheel, got out of the ambulance along with her partner. Then, the suspect apparently got into the driver's seat and started to drive away. The two EMTs tried to stop him, police said.

The suspect put the ambulance in reverse, knocking Arroyo to the ground, then drove over her, police said. He kept going backwards, hitting two occupied cars, a 2014 Honda Pilot and a 2007 Toyota Camry. No one in the cars was hurt.

He hit a parked, unoccupied 1997 Lincoln Town car, then dragged Arroyo into the middle of the intersection, police said. The ambulance turned left onto eastbound Watson Avenue, and struck a 2007 Infiniti G35 and a 2000 Kia Sportage, both parked, before coming to a stop.

The NYPD said that Gonzalez tried to flee on foot, but was taken into custody by an MTA police officer who was on patrol.

Exclusive video shows bystanders holding down the man suspected of running over and killing an EMT in the Bronx.

The EMT's partner had neck and shoulder injuries. Arroyo was taken to Jacobi hospital in critical condition, where she later died from her injuries. 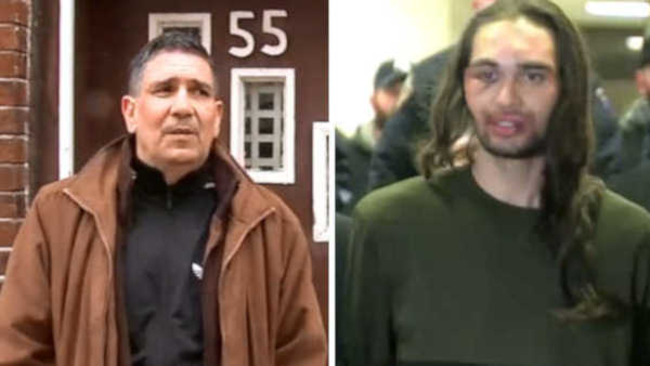