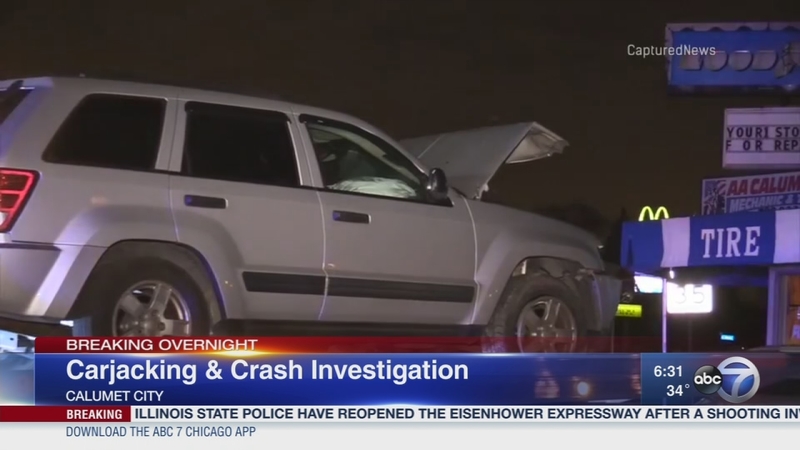 The jeep was possibly carjacked in Dolton and, after a chase, crashed about 1 a.m. into the lobby of repair shop at 159th Street and South Burnham Avenue.

The owner is filing an insurance claim and trying not to let it ruin the Thanksgiving.

"I mean tires everywhere, glass. The whole wall came down. It was Thanksgiving, on a holiday. What are you doing at 2 in the morning stealing cars? Now he is in jail," said Ramzi Mashni, the auto shop owner.

A source said that initially two men were taken into custody while police searched the vehicle, but one man escaped. He was said to have been handcuffed at the time.