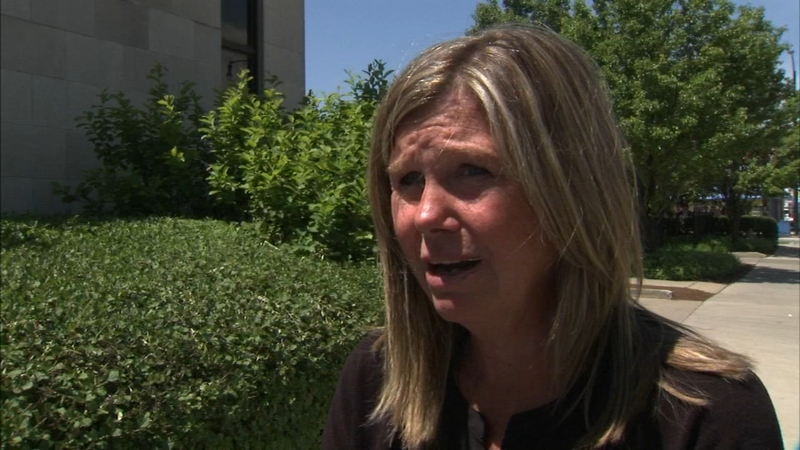 CHICAGO (WLS) -- Diversity concerns have prompted a battle over an appointment to a West Side judicial seat after Illinois Supreme Court Justice Anne Burke nominated a white attorney to fill a spot held by a retiring African American judge.

The appointment of Cara Smith to replace Marianne Jackson in the 7th subcircuit is creating concerns among elected and community leaders on the West Side.

The judicial position was created years ago by the Illinois legislature to promote diversity on the bench.

"We challenge Justice Anne Burke's decision to replace Justice Marianne Jackson with someone who is not from our community," said Rev. Marshall Hatch, New Mount Pilgrim Baptist Church, speaking to a group of community leaders from the west side gathered in the Austin community with concerns about judicial diversity.

Those concerns have been heightened by judge Jackson's retirement.

"To find that she's been replaced by someone that's not from our community is a travesty, I think it's a slap in the face to the residents of the West Side of Chicago," said 28th Ward Alderman Jason Ervin.

Smith, an attorney and chief policy officer at the Cook County Sheriff's Department, has been appointed as Jackson's replacement. She was nominated by Justice Burke. Smith said she has worked hard over the last eight years to address injustices in the system, and pointed out she raised her family in Maywood and currently lives in Forest Park.

"The people of the subcircuit and the county have my commitment that every single day I'm going to do my best to seek justice and to be fair and to be impartial," she said.

Alderman Ervin, the new chairman of the Black Caucus, said he has never met Smith, but is still troubled by her appointment.

"That basically says that there is no qualified African Americans on the West Side of Chicago that are able to take that seat, and I find that highly offensive," he said.

Mayor Lori Lightfoot, at an unrelated event, said she respects Ervin's concerns, but she also spoke highly of Smith.

"I know her personally, I think she an incredibly skilled professional, but I don't think we can ignore the point that diversity does matter," the Mayor said.

Speaking at the West Side forum, Illinois Supreme Court Justice Scott Neville, who is campaigning for reelection in 2020, said ultimately voters will get to choose the judge.

"You get to make the decision, I suggest you do what you think is right," said Justice Neville.