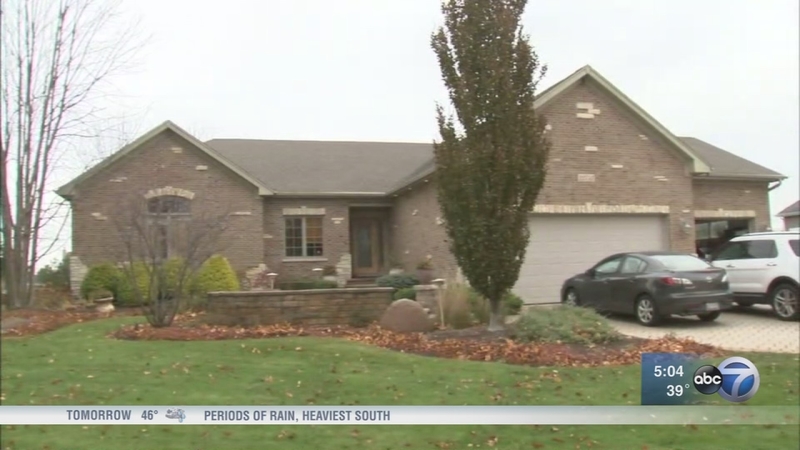 Denise Carlini, 65, and her 29-year-old daughter Morgan Becker, were found Friday morning in a home in the 12700-block of Shelly Lane.

Carlini's husband requested a well-being check after he was unable to contact them. When police arrived they found some of his co-workers who had arrived minutes earlier.

"They entered the house, saw the victims. There was an odor so they left the inside of the house. When the officers arrived they immediately informed them of the two victims being down and the officers went in there know knowing the circumstances," said Chief John
Konopek, of the Plainfield Police Department.

The women were found on the floor in separate rooms.

What led to the carbon monoxide leak was not known on Tuesday. Investigators, as well as heating and cooling technicians, were on-site doing a full check of the home's fuel-powered appliances. It was not clear whether the carbon monoxide detectors inside the home were working.

"One is the minimum. You should have one on every level. Carbon monoxide is a colorless, odorless, tasteless poison. You don't know that it's present," said Chief David Riddle, of the Plainfield Fire Department.

Headache, vomiting and nausea are the symptoms of carbon monoxide poisoning, the onset of which can happen in a matter of minutes, depending on the levels of concentration, which in this case, investigators said were higher than they've ever seen present inside a home.

"Our officers were in the house for 8-10 minutes max. Just in that short period of time they were overcome by carbon monoxide," Konopek said.

Five officers were hospitalized and released.

Friends and neighbors said their deaths were a tremendous loss.