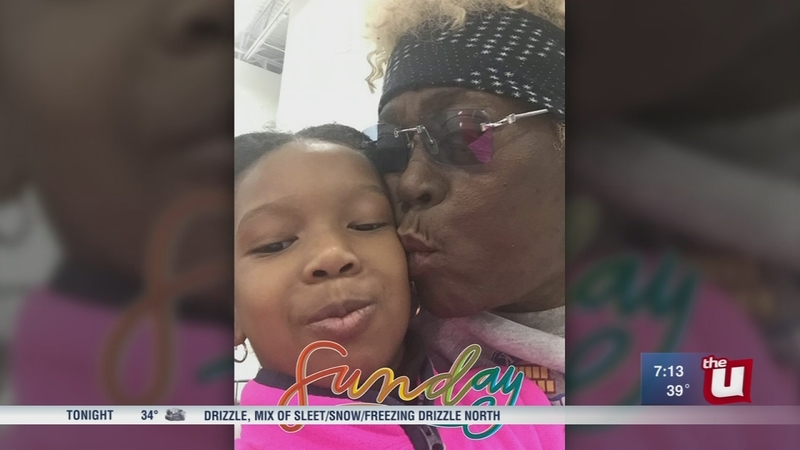 Investigators said they believe the 72-year-old woman, identified by the Lake County Coroner's Office as Tina Hoskins, died of carbon monoxide poisoning. The coroner's office said Hoskins' cause of death is undetermined. It could take several weeks before toxicology results are in.

Hoskins' daughter said this was not the first time there was a carbon monoxide leak at the rented home where both victims were found unresponsive - in full cardiac arrest - Wednesday afternoon.

Crews from the Gary Fire Department were called to the scene around 4:30 p.m.

"I saw them put one in the wagon. The other one, they brought them outside, trying to survive," said Johnny Sparks, a neighbor. "I saw them out there trying to revive her for several minutes - the lady, the grandparent."

Hoskins and her 4-year-old granddaughter Brielle were transported to Methodist Northlake Hospital, where Hoskins later died. Brielle was airlifted to Comer Children's Hospital, where she was initially listed in critical condition. Her mother said Thursday that she was taken off a breathing machine and her condition was improving.

A Gary Fire Department spokesperson said carbon monoxide levels were extremely high in the kitchen. The oven was turned off, but warm to the touch. Investigators believe the family was using the oven for heat.

"They were using the stove in the home as a secondary heating system," said Chief Paul Bradley, Gary Fire Department. "It is very dangerous. When you heat your home with a stove, it doesn't exhaust out the carbon monoxide gas that builds up in the home."

But Hoskins' daughter disputes that claim. She said they had a leak last year and were told the furnace was the problem. She thought it was fixed, until they started having problems with the furnace again this week.

"I thought it was a new furnace in there," Sparks said.

She said a handyman came out to make repairs earlier in the day Wednesday and was planning to return Thursday to finish the job. Investigators are still working to determine the source of the gas leak.

Chief Bradley said the home did have a carbon monoxide detector but it was unplugged. They say without it, a leak can be hard to detect.

"It shows up as flu-like symptoms, so you think the family may have the flu but they actually are suffering from carbon monoxide. That is why it is very important to have a carbon monoxide alarm in your home to give you a warning," Chief Bradley said.

Outside the family home, there is a growing memorial where neighbors are showing their support for the family.