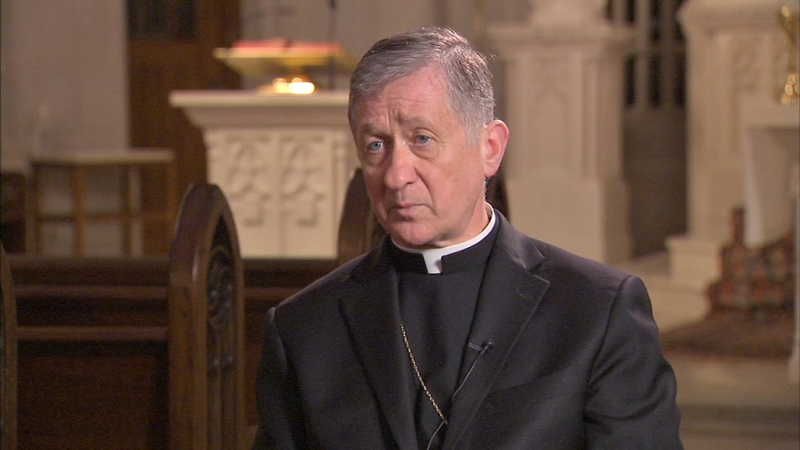 CHICAGO (WLS) -- Cardinal Blase Cupich spoke exclusively with ABC7 Eyewitness News about why he supports the anti-violence marches that have shut down traffic in Chicago, what he's really angry about, and how the Chicago Archdiocese is trying to help migrant families and children living in shelters in the Chicago area.

"My hope would be this would never happen again. This was a tragedy," Cupich said.

Cardinal Cupich believes the goal must be reuniting all migrant families possible. Yet during his recent personal visit to a Chicago area shelter, many of the children, teenagers, entered the United States alone.

"We have an issue, in this country, of unaccompanied children," he said.

Heartland recently responded to allegations of abuse at one shelter, saying it found no evidence. That particular shelter is not leased from the Archdiocese like the one the Cardinal visited.

"From what I saw, i would say the young people were being well cared for," said Cupich.

If there's one thing making the Cardinal angry right now, it's the case involving now-Former Cardinal Theodore McCarrick. McCarrick faces claims of past sexual abuse. Pope Francis stripped McCarrick of his title this week and banned him from public ministry.

"I can tell you, we get in trouble when we don't follow what we see, we're going to do. And in this instance, this is something damaging to all of us. That's what's outrageous to me," he said.

In Chicago Cardinal Cupich has watched the protests against violence in the city. He believes the underlying causes are racism, segregation and lack of opportunity. He supports these peaceful marches and hopes people pay attention.