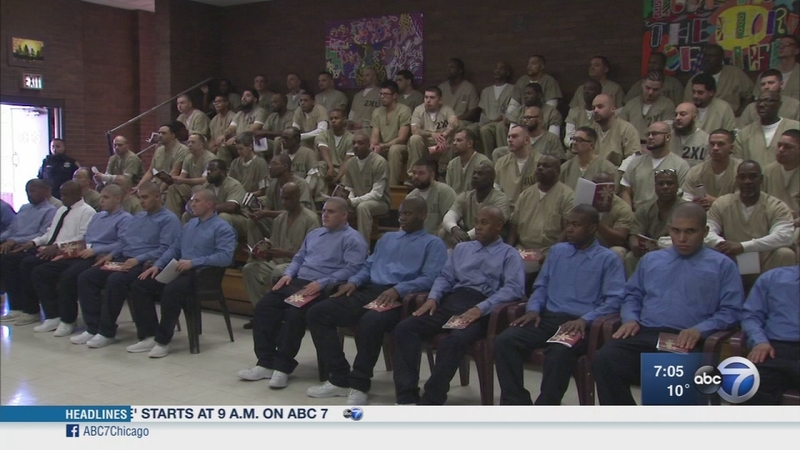 As part of a tradition in Chicago, Cupich held a Christmas service. Jackson shared words of encouragement with the male inmates.

Cupich said he hoped to send a strong message to all.

"We should all be humble enough to realize that maybe our own circumstances have been such that we've supported in life and we could easily have been here as well except that God's grace comes in different ways so we want to make sure we don't put too much distance between us and those in Cook County Jail," Cupich said.

After the service, inmates received communion and one by one, shook hands with the Cardinal individually.

"To remind them they are not forgotten even though life goes on for them and also for people in Chicagoland they are still part of our community and we wanted to let them know that they are included," Cupich said.

Across the jail, Jackson held another service for about 300 male and female inmates.

His prayers and message included a call for a decrease in the number of people inside the jail and get more outside and working in the community.

"If you just clean up the debris in our community, fix up broken homes there are jobs to be had and they should have those jobs," Jackson said.

Jackson was joined by other city and state leaders that emphasized the need to lessen the jail population and get inmates back into the working class.

"We've worked very hard over the last seven years," said Cook County Board President Toni Preckwinkle. "When I came into office the jail population was between 9,000 and 10,000. It's now below 6,000."

He has hosted this event for over 40 years.

Community leaders say it gives inmates hope during the holidays.