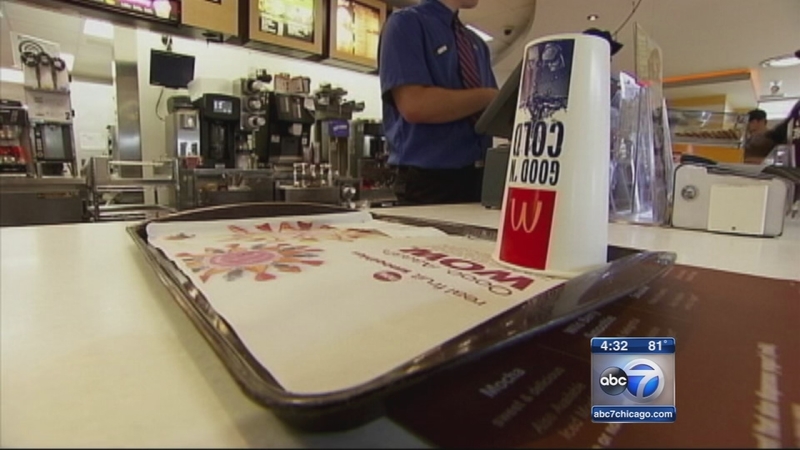 CHICAGO (WLS) -- Chicago's minimum wage could get a bump. Minimum Wage Working Group, a task force commissioned by Mayor Rahm Emanuel to research the issue, is suggesting the city raise the minimum wage to $13 an hour by 2018.

"The minimum wage is making sure work pays. It creates a floor. For every mother - the majority of people who make minimum wage are female and heads of the household - they want their children to learn that work is a value," Mayor Emanuel said. "They are choosing a course of action of independence. . . Nobody who works should raise their family in poverty."

Minimum wage is currently $8.25 an hour, and, if approved, the task force suggests phasing in the increase in the next four years. The panel says the higher wages would increase earnings for about 410,000 people - or 31 percent of Chicago workers - and inject nearly $800 million into the Chicago economy.

According to the report, the wage increase could raise prices by up to 2 percent. Three members of the panel- representing three business groups - did not support the $13 proposal. The vote was 14 to 3.

Some critics say a $13 minimum wage is too much, others say it's not enough.

"Small businesses, especially, are at their limit. They are struggling right now just to keep their doors open. And so right now you're raising - the City of Chicago is proposing raising one of their highest costs, which is labor," Triche said.

The mayor said his administration has already cut business taxes and regulations and made micro-loans available to small companies. Now it's time, he says, for those that hire minimum wage workers to give back.

"Thirteen dollars an hour is a slap in the face. We're fighting for $15 an hour," Douglas Hunter, McDonald's worker, said.

Emanuel's task force also recommended the Chicago City Council put off a vote on the proposal until after the November election, which is when voters statewide decide whether to raise the Illinois minimum wage to $10.65.

According to the task force co-chair, data showed "significant difference of cost of living" between Chicago and the rest of the state.

"The $13 in Chicago will buy what the $10.65 would buy in other areas of the state," John Bouman, Shriver Center on Poverty Law, said.

"When Chicago does something like has its own minimum wage that is different from all the surrounding areas, it makes Chicago less competitive," Triche said.

Triche says many existing small businesses will move and new ones will choose not to locate in Chicago and that teenagers in minority neighborhoods will suffer most.

"There's a direct correlation between the loss in jobs for young workers," Triche said.

On Monday, the mayor took part in an anti-violence vigil in Roseland, a South Side neighborhood where residents say unemployment among young African-American males is 90%. Emanuel insisted the city's economy is booming in most areas and that raising the minimum wage would help more Chicagoans reap the benefits.

"If you haven't had a raise in the minimum wage, you haven't participated in some of the opportunities that exist," Emanuel said.