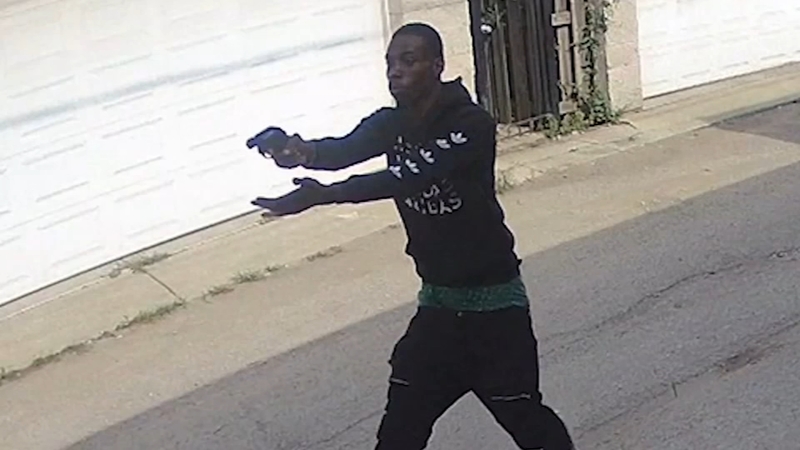 CHICAGO (WLS) -- A 2018 Range Rover was stolen in an armed carjacking in Bucktown Friday morning.

Three carjackers jumped out of a silver Prius in the 1700 block of North Wolcott Avenue with guns drawn and ran toward a man and woman, both 33, at approximately 9:30 a.m.

Police said the offenders fled in the Range Rover and a fourth accomplice fled in the silver vehicle, police said.

Video of an armed carjacking in Bucktown was caught by a surveillance camera Friday.

Nearby residents were shaken by the crime.

"Everybody starts questioning when this stuff happens, if you should live in the city," said Bucktown resident Chad Wells. "And my wife's now sitting here telling me, 'should we move?'."

Neighbors said this is the fourth carjacking in two years on or around this block.

"I think the immediate answer is we need the officer count that we had several years ago to come back up," said Alderman Scott Waguespack (32nd Ward). "Yes, we've seen a handful of officers come in here and there, but it hasn't been enough to stem the tide of these carjackings and other types of crimes."

The victims described the offenders to police as approximately 6'3" wearing a black hoodie and pants, approximately 6' in a white t-shirt and black jeans. The driver of the silver vehicle was described as a black man, police said.

The Chicago Police Department said that carjackings are down by approximately 12 percent since this time last year after the formation of a carjacking task force in recent months.