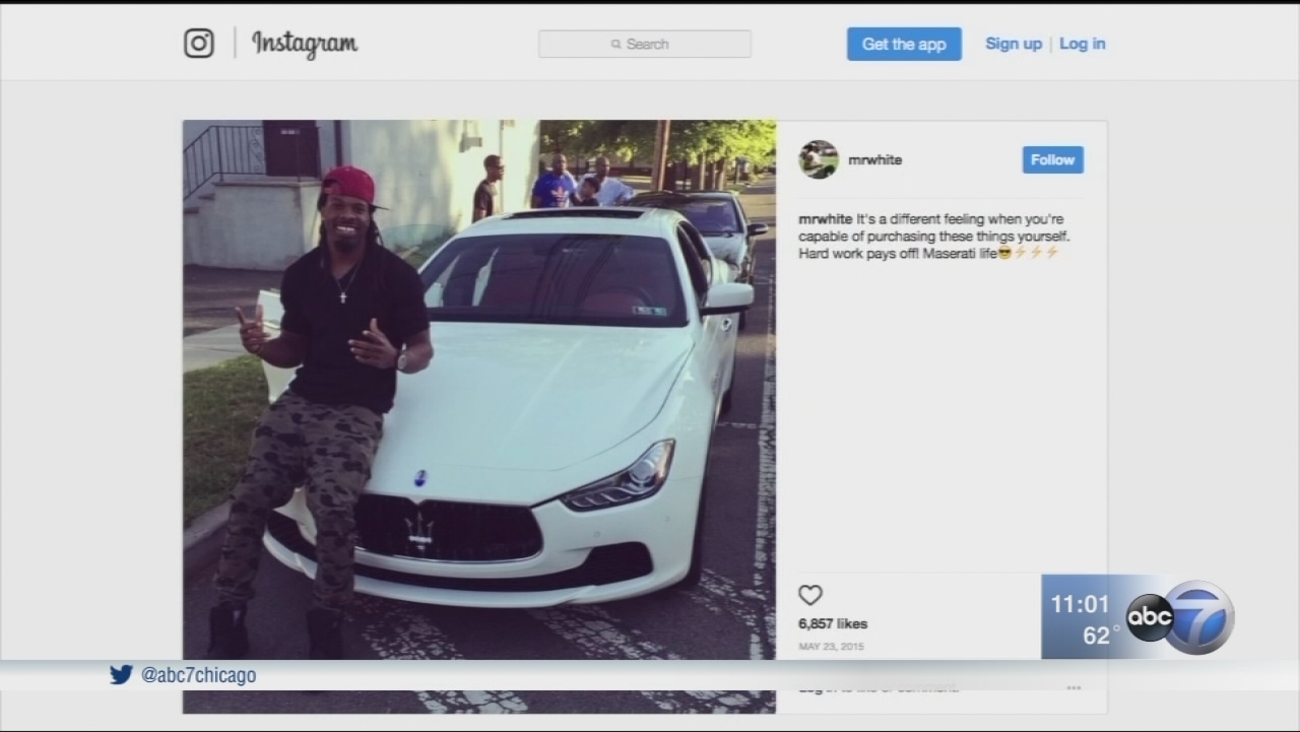 Chicago police are tracking a number of so-called "bump-and-run" attacks. The girlfriend of Chicago Bear Kevin White was the latest target. (WLS)

CHICAGO (WLS) -- Chicago police said they located a stolen Maserati on Friday that belonged to a Chicago football player.

Police located the stolen car of Chicago Bear Kevin White on the 3800-block of West 16th Street. They said no one is in custody.

Chicago police were tracking a number of so-called "bump-and-run" attacks. White's girlfriend was the latest target.

White's girlfriend was not hurt.

The robbery was the latest in a series of "bump-and-runs" or "bump-and-steals" on the Near West Side in recent weeks.