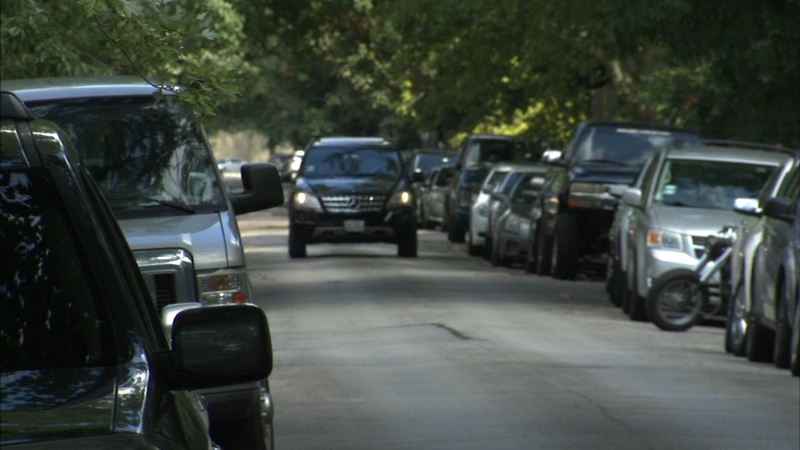 Man 57, suffers cracked skull in string of violent carjackings on Northwest Side

CHICAGO (WLS) -- Police have issued a warning to drivers on the city's Northwest Side after a series of violent carjackings early Sunday.

All three incidents happened within a span of 90 minutes Sunday morning. The first happened about 6 a.m. in the 2900 block of North Talman Avenue. Neighbors said a 57-year-old man had just arrived to pick up his niece and was robbed and beaten while sitting in his car. He was taken to Illinois Masonic Hospital for treatment after suffering a cracked skull, authorities said.

"It happened right at the corner of our building, so it's a little alarming," said Mark Kurgan, a resident of the Avondale block.

Police were seen on the block Monday going door to door in search of security camera footage.

The suspects in the incident went next to the 5700 block of North Christiana Avenue, according to the CPD community alert, and carjacked a 45-year-old man who was driving down the street. The man had pulled over to let the offenders' car pass. Instead he was robbed at gunpoint and hit in the head with a weapon, police said.

The third carjacking happened 40 minutes later in the 3900 block of North Keeler Avenue. A 33-year-old man was standing outside his car when police say the suspects approached and asked for his keys.

"Now that something like this has happened, I feel like we're all gonna have to be extra careful; just pay attention to anything that looks odd and look out for each other," said neighbor Amber Smith.