Woman carjacked while backing out of her driveway in Morgan Park 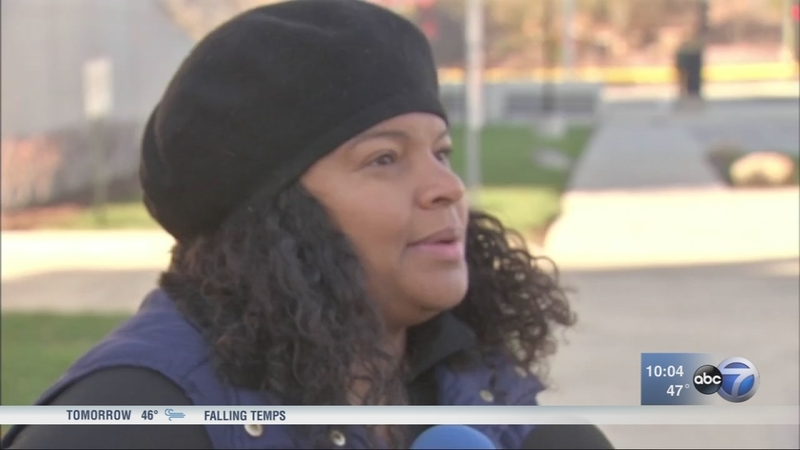 CHICAGO (WLS) -- A 52-year-old city employee was forced out of her car as she was leaving a driveway in the Morgan Park neighborhood Sunday, Chicago police said.

The victim, Barbara Martin, said she and a friend were getting ready to go to the movies and as she was backing out of her driveway, her backup camera showed a man approaching her. At the time, she thought it was one of her three children until that person showed her a gun.

The person told her to get out of the car and get on her hands and knees.

He just kinda opened the door and told me to get out the car and to get on the ground. And he showed me his gun," Martin said.

The suspect took off in her 2016 Kia Sorrento. She said there were at least two other suspects involved The suspects are described by police as black men, 20-25 years old, 5'6"-5'8" with medium complexion.

A 52-year-old city employee was forced out of her car as she was leaving a driveway in the Morgan Park neighborhood Sunday, Chicago police said.

The suspect also took off with Martin's personal items, including her wallet. She said she has not been able to sleep since Sunday night, but does plan on amping up security at her house, including taking a concealed-carry class.

Still, she said she feels fortunate that she was not hurt.

"I didn't sleep well at all. I just kept thinking about the gun and I kept think about the what-ifs. But then I have to turn the what-ifs into something positive, and say they didn't anything," Martin said.

On Monday night frustrated neighbors attended a Near West Side meeting in response to the surge in crime.

"Routine theft, just robbery... it's a lot of different things, and the neighborhood is a little fed up," said Kurt Anders, who has had his vehicle stolen.

Anders said Sunday morning his SUV was stolen after he was rear-ended on the street. When he got out to talk to the driver, his engine still running, a passenger from the other vehicle climbed into his car and sped off.

"I rant o the door and tried to pry it open, but at that point he had locked it and drove off," Anders said.