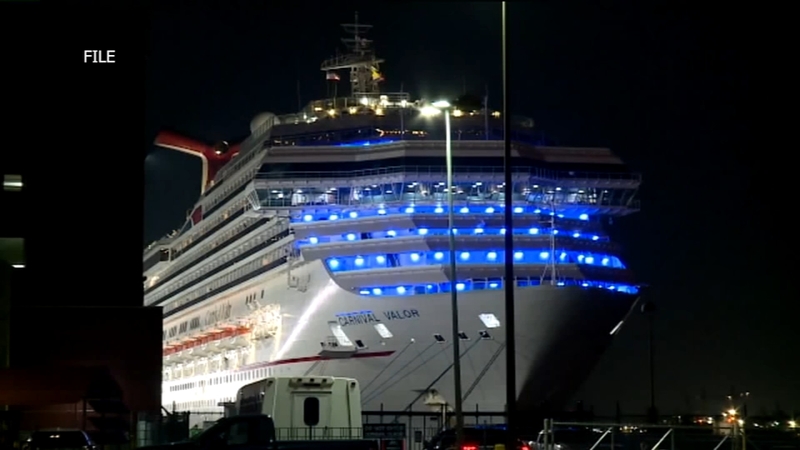 NEW ORLEANS -- Authorities are searching for a missing passenger who reportedly jumped off of a cruise ship in the Gulf of Mexico.

The Coast Guard said it received a call Wednesday afternoon that a 32-year-old African American woman had fallen overboard from the Carnival Valor cruise ship about 150 miles offshore of Southwest Pass, Louisiana.

"Carnival Valor is supporting the search for a guest who reportedly jumped overboard from her balcony on Wednesday afternoon while the ship was at sea. The ship's command immediately began search and rescue procedures, returned to the area near where the incident occurred and notified the U.S. Coast Guard. Carnival's CARE team is providing support to the guest's husband who was traveling with her," Carnival Cruise Line said in a statement.

The 952-foot, 110,000-ton cruise ship -- which holds approximately 4,000 passengers and crew -- embarked on a five-day voyage from New Orleans to Mexico and back on Saturday, ABC affiliate station WNGO reported. It was scheduled to return Thursday.