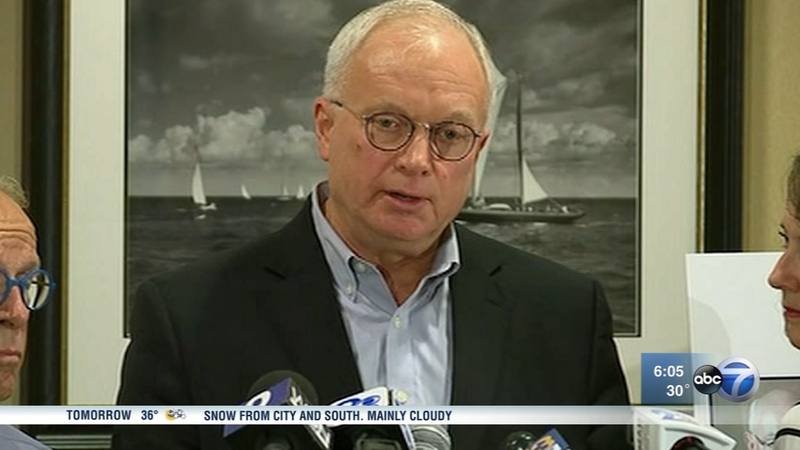 CHICAGO (WLS) -- A top official of a downstate diocese, who coordinates assistance to victims of priest sex abuse, on Wednesday castigated the Roman Catholic Church for the way misconduct cases are handled.

"At times it seems that protecting the institution is a higher goal than caring for victims" said Deacon Robert Sondag. "Bishops, you are ordained to lead the church. Years of prolonged mishandling of sexual abuse victims continues to plague the Catholic church. The checks and balances put in place in 2002 through the Dallas charter have been compromised" Deacon Sondag said.

Sondag, recently a diocesan chancellor as well, was speaking in Baltimore where the U.S. Conference of Catholic Bishops wrapped up its fall meeting.

"We are here today to call for a deeper reckoning and transparent reporting of the past and present mishandling of victims and their perpetrators" he said. "This can only be accomplished by the use of a truly independent auditor beholden to the good of the public, not to the Catholic Church as a client."

His call for independent, outside administration of the church crisis is unusual for two reasons: it comes from a current diocesan employee and it was unfurled at the announcement of a new lawsuit against the bishop's conference by six alleged victims of priest sexual abuse. The lawsuit alleges that church officials covered up the crimes of predator priests.

"We are taking the opportunity to do everything we can together to protect the kids" said Jeffrey Anderson, a Minnesota attorney who handles cases on behalf of men who say they were abused by priests. "To disgorge the secrets, to disgorge and disclose the dangers that they won't. Yes, it is opportunistic because they won't do it and the survivors are the ones and the advocates are the ones working with the survivors and the truth tellers who are making us do it" Anderson said.

Peoria Diocese officials have not provided the I-Team with a response to the lawsuit or the public outcry by Deacon Sondag. He, however, was not at a loss for words in Baltimore in describing why he is going public about his own church. "To you victims of sexual abuse, I know your distress is real and it takes so much courage to come forward. The last thing you need is someone denying your truth without you justly being heard."

Sondag said that it has become obvious to him the process of handling sexual abuse cases "needs to be changed."

During Wednesday's news conference attorney Anderson demanded that all 196 Roman Catholic dioceses in the U.S. disclose the names of known sex offenders. Among a few high-ranking Catholic church officials pictured behind Anderson was the late Chicago archbishop Cardinal Francis George.

The national bishops organization has not responded to I-Team requests for comment.

Anderson was especially critical of bishop's at this week's meeting after the Vatican derailed their plans to confront sexual abuse. The conference was to culminate today with a vote on a new code of conduct and ethical guidelines for bishops, but the meeting is expected to recess without action-at the Vatican's insistence.