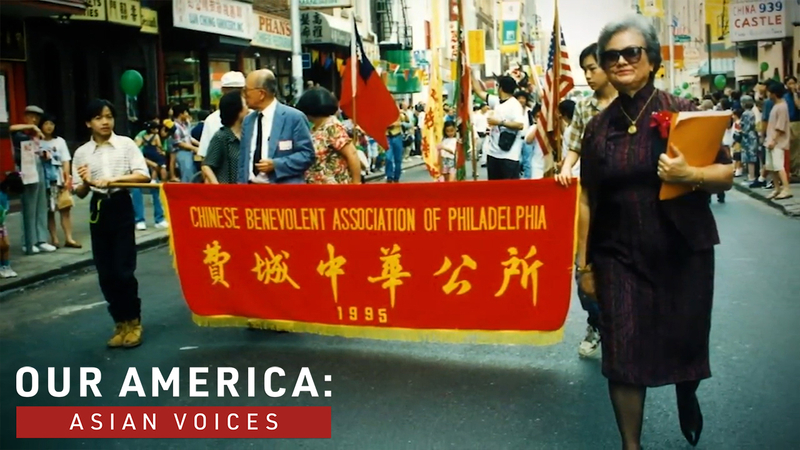 Our America: Meet the 'godmother' of Philadelphia's Chinatown

PHILADELPHIA -- What will it take to bring about change? While some are finding their voices, others have built a foundation of activism over many years.

Among them is 91-year-old Cecilia Moy Yep, who is known as "The Godmother of Chinatown" in Philadelphia. She has saved Chinatown and led the fight for equality and justice for decades.

For those who don't know Chinatown, it also is home to thousands of mostly Chinese American families.

"We have about 8,000 people living in this community," said John Chin with the Philadelphia Chinatown Development Corporation.

Chinatown is also known for its vibrant commercial corridor.

"There's a sense of safety here, sort of like a sanctuary," Chin added.

But more than 50 years ago, Chinatown's very existence was in jeopardy.

"My father's Chinese and my mother is of German descent. My father moved us here when I was about eight years old," said Yep, whose fight to save Chinatown began in 1960.

"I was served an eviction notice," she said.

The city demanded Yep give up her family home to make room for a new commuter rail tunnel while offering no viable option for a new place to live.

"I just stayed there and I stayed there," she said, "and they built the commuter rail tunnel. They piled the dirt so high it was up to the third floor."

Yep stayed until the city built the first new housing development in Chinatown's history, where Yep still lives today. This would be Yep first victory of many.

Her second fight came when officials announced plans to tear down Holy Redeemer Church and School, Chinatown's focal points, as part of an expansion of the Vine Street Expressway.

Yep united the community by creating the Philadelphia Chinatown Development Corporation to fight the plan.

"This was a long, hard fight," said Chin, PCDC's current executive director. "This pack of petitions shows you what a great organizer Cecilia Moy Yep is. At the time, she was a widow with three children."

"I'm overwhelmed and feel so much pride of the work that the previous generation did," Chin added.

Yep's persistence prevailed. Transportation officials agreed to scale down plans for the expressway, and the church and school still stand today.

But every 10 years has brought a new battle.

"They even tried to put a federal detention center on our housing site," Yep said.

In 2000, just as she was about to retire, Yep led the effort to oppose a sports stadium.

"We always ended up at City Hall. You have to be in their face," she said.

Amid the pandemic, Yep has made sure seniors in Chinatown have access to vaccine and hate incidents are documented.

She said she is happy to see young activists speaking out.

"It makes me feel good cause you often wonder who's going to speak out," she said. "People have to realize that this is America. We have to work together and that's the only way we can prosper."